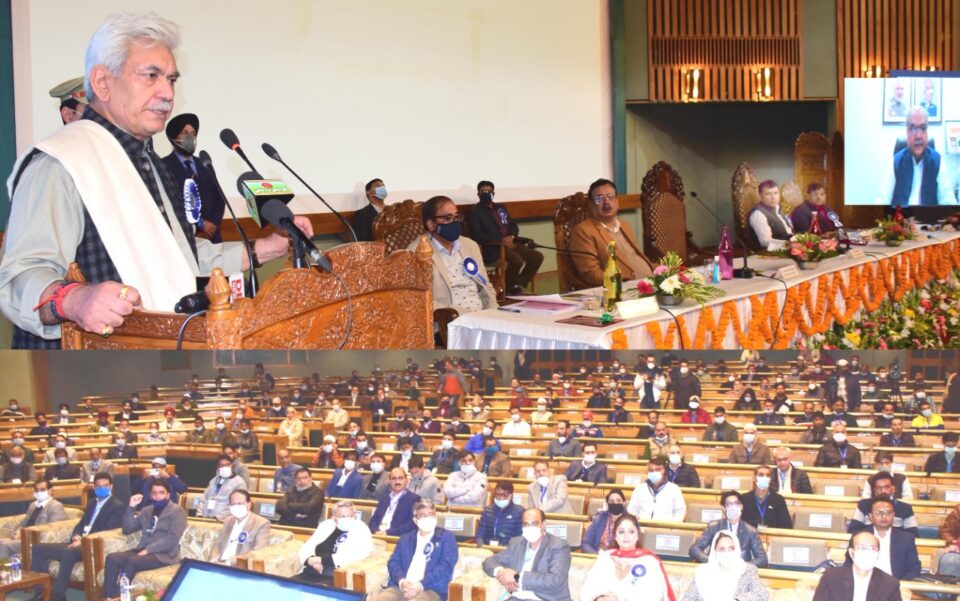 SRINAGAR, Oct 28 ( KINS): Moved by the losses suffered by apple farmers due to untimely snows last week, Jammu and Kashmir Lieutenant Governor Manoj Sinha on Thursday said those who suffered immense losses will get all possible assistance from the government.

“The government will provide all possible assistance to the farmers who suffered losses in the recent untimely snowfall,” Sinha told media persons after inaugurating Apple Festival in Srinagar.

He said a committee has been constituted in this regard and they have been asked to come up with the exact figure of losses.

Farmers of Shopian, Pulwama and Kulgam suffered losses owing to the massive damage to their crop and trees last week prompting them to ask for compensation. The Valley apple growers body asked for quick redressal to the issues.

Sinha said the agriculture and allied sectors especially horticulture is contributing to a large extent in terms of the development of Jammu and Kashmir.

Sinha also said that the produce of apples will be increased by 10 per cent in the next three years.( KINS)

30 year old Man hangs self to death in Sopore