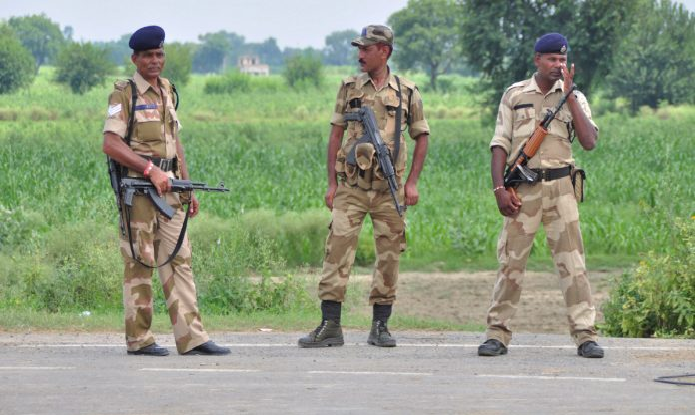 New Delhi, Oct 29 (KINS) The CISF on Friday took over the security of a Power Grid Corporation of India Ltd (PGCIL) station located in the Anantnag district of Jammu and Kashmir with the induction of an armed contingent of 140 commandos.

The New Wanpoh located power plant is “one of the most sensitive power grid installation established by PGCIL in the Union Territory of J&K”, the CISF said.

It is situated on the Srinagar-Jammu Highway (NH-44) in Qazigund tehsil of Anantnag district in cusp of Kashmir valley at an altitude of 1663.27 meters, a Central Industrial Security Force (CISF) spokesperson said.

This sub-station is a “vital strategic link” in power distribution system of the country with a transmission capacity of 400/220 KV, he said.

The power unit was located here keeping in view the increasing demand of power in the Kashmir valley, especially during the winter months, the spokesperson said.

“Due to its location, the sub-station is inherently vulnerable to threats from anti-nationals and militants,” he said.

“The CISF will provide round-the-clock armed security cover to the facility under the command of a deputy commandant rank officer,” he said.

The CISF personnel armed with assault rifles like the AK series and the INSAS will also carry out anti-sabotage checks at the facility and there will be a quick reaction team (QRT) to respond to any emergency or terrorist attack.

The force will control the entry and exit of staffers and other people at the facility and will be authorised to carry out frisking of visitors in special cases and also check the bags they carry, a senior officer said.

This is the 353rd unit under the armed cover of the CISF that guards a number of vital and sensitive installations in the country, including those in the nuclear and aerospace domain apart from 64 civil airports, the Delhi Metro network and historical monuments like the Red Fort and Taj Mahal.( KINS)

Citizenship Bill has only one aim: protect non-Muslims, harass Muslims