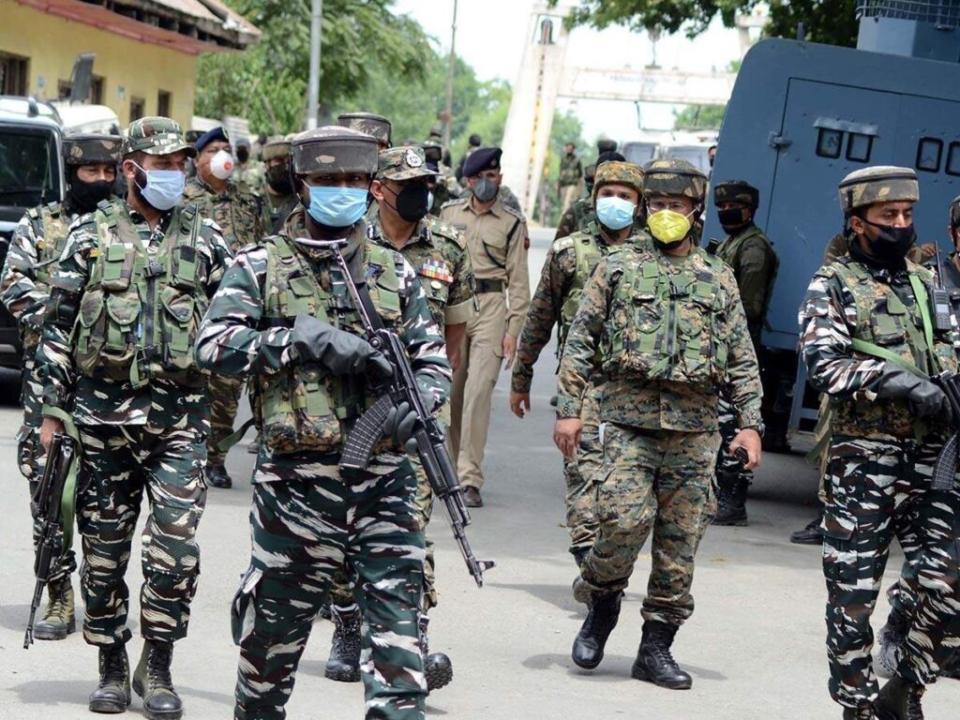 Srinagar , Oct 29 ( KINS) For the first time in many years, the Jammu and Kashmir government is allotting bulk land to the Central Reserve Police Force (CRPF) at 10 places in the otherwise volatile south Kashmir to build permanent facilities for troops and families. The exclusive enclaves would be built at four locations in Pulwama, and three places each in Shopian and Anantnag, according to a fresh government order that was issued on Thursday.

This is for the first time after the abrogation of Article 370 clauses that a vast tract of land, 65 acres, has been allotted to the CRPF. The order for the land allotment to the force was issued by the administrative council led by Jammu and Kashmir lieutenant governor Manoj Sinha.

A CRPF official said they can build permanent camps for its personnel and their families and would undertake the construction soon. However, he said that the paramilitary force as an institution, and not any individual, would get the proprietary rights over the land.

The move is being seen as a major departure from the past considering land allotment to security forces now has been smooth and without any official wrangles. The official said successive governments in the past would find ways to stall land allocation.

Also, due to the heavy presence of boots on the ground, there has been no public furore against the decision. Even the social media platforms are quiet about the development.

“There is a crying need for safe and decent accommodation for CRPF personnel and their families. They cannot be put up in squalid accommodations,” a senior government official told News18.

The land allocation, he said, is expected to sort out the CRPF “accommodation issues in Kashmir” in the coming years and also ensure spaces for permanent stationing of the troops. “Kashmir has not been normal and we need to have a requisite number of troops for all times and for that we need permanent facilities.”

There are a few big camps in Kashmir set up decades ago but since militancy began and CRPF was brought in to fight, the personnel have had to make do with temporary camps including hotels around the Dal lake.

The latest move has drawn reactions from some political parties.

Najmu Saqib, Peoples Democratic Party spokesperson, called it a “land grab exercise”, saying this will further agitate Kashmiris suspecting the government of engineering a demographic change in the Valley. “The signs of normalcy are not to allocate more land to troops but thinning of forces and demilitarisation. The allocation of more land in an already militarised zone to security forces is an acknowledgement from the government that things are not well post the August 5, 2019 decision (to strip J&K of its special status). We have recently seen a breakdown of law and order and government doubling down its aggressive posture towards the people of Jammu and Kashmir,” he told News18. “We have to look at the aspect that people are being evicted from their land and more land is being given to security forces, which plays into the larger fears of people that August 5 was all about land grab.”

However, welcoming the move, BJP’s senior leader and former deputy chief minister Nirmal Singh, without naming anyone, castigated Kashmir’s regional leaders for duplicity and said they are indulging in “politics of deception”. “On the one hand they want the CRPF to guard them and, on the other, they won’t give them land. Will they live in the air? They seem to be at a crossroads,” he said.

With the taking down of Article 370 sections, new laws that encourage any Indian to buy land in Jammu and Kashmir have the potential to spark tension in the population that the government is trying to bolster security in open areas as a prelude to bringing in more people later to alter the demography of the Valley.

A senior government official denied such apprehensions, saying the CRPF is the real sufferer when it comes to permanent accommodation. “During elections or law and order issues, we are forced to accommodate them in government schools and offices. There is a need to build permanent facilities for them. Kashmir being a border region should have more such facilities,” he said.( KINS)

Election Commission Observers Get Feedback On Security Preparedness In Kashmir

Modalities for registration of Clinical establishments discussed at G’bal