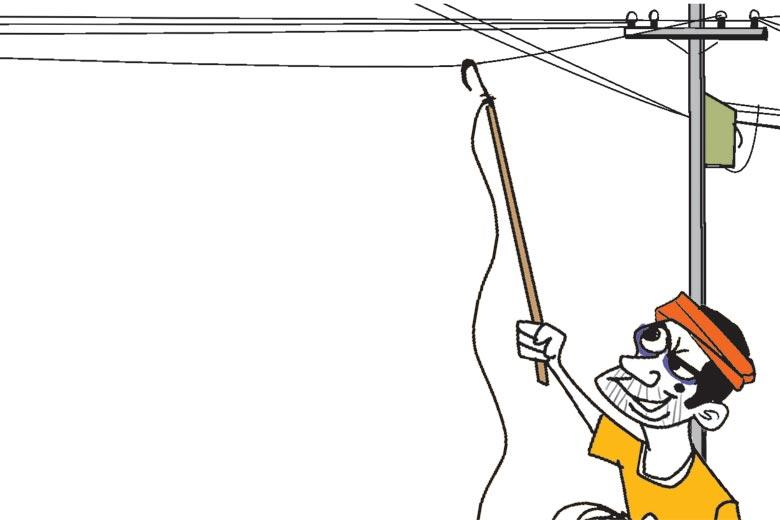 Srinagar Oct 30 (KINS): In a bid to curb growing incidents of power thefts in Kashmir, the authorities have expedited the process of replacing Low Tension (LT) and High Tension (HT) wires with insulated underground cable wires.

Jammu and Kashmir has around 50 percent Transmission and Distribution (T&D) losses that are highest in India. The increase in T&D losses and revenue generation gap, according to officials, was because of power pilferage. The centre has slammed the J & K government several times in the past for its “failure” in reducing the T&D losses.

An official of Kashmir Power Development Corporation (KPDC) said the main reasons for high T&D losses was absence of up-gradation of old lines, pilferage and tampering of meters.

Now to decrease the T&D losses and reduce the revenue generation gap, the PDD has expedited the process of laying underground cables in Kashmir.

“The work of lying under cables was halted for some due to the situation. Now the process has again begun and will be further expedited from next year,” the official told news agency Kashmir Indepth News Service (KINS).

Meanwhile, the government has asked the police department to provide assistance to KPDC staff to stop power thefts in Kashmir.

The official said there was already an act in place against a consumer who resorts to power theft. “But there is lack of implementation of the act in J&K. The power theft increases during winters even though fines had been imposed against such people in the past. So it has been decided to file cases against those who often resort to power thefts,” the official said.

The official said the department had taken several measures to stop the misuse of electricity in the Valley. “We have formed various teams who are conducting inspections to stop power pilferage. All the departments including police are fully cooperating with the KPDC to stop power theft. All those who resort to power pilferage will be heavily fined besides that FIRs will also be lodged where power theft grossly takes place. We will seek police assistance if there is some resistance from the public in creating hurdles in the works of inspection teams,” the official said. (KINS)