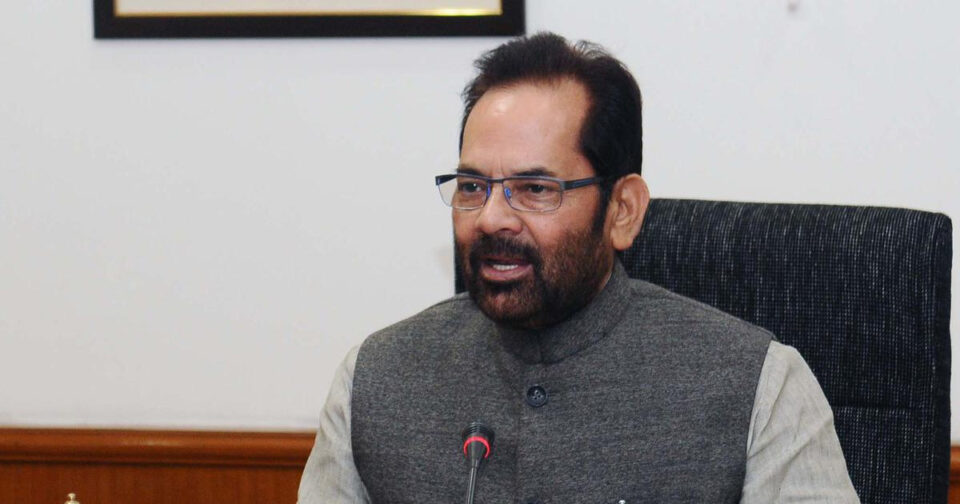 While announcing Haj 2022 at Haj House in south Mumbai, Naqvi said the entire Haj process will be 100 per cent digital/online. The last date of applying for Haj 2022 is January 31, 2022. People can also apply through the Haj mobile app, a statement quoting the minister said.

Indian Haj pilgrims will promote ‘vocal for local’ and go there with indigenous products, Naqvi said. Haj pilgrims used to buy bed sheets, pillows, towels, umbrellas and other items in Saudi Arabia in foreign currency but this time, most of these goods will be bought in India in Indian currency.

These goods will be available at almost 50 per cent lower prices in comparison to their cost in Saudi Arabia and will be given to pilgrims at their respective embarkation points in India. India sends 2 lakh Haj pilgrims every year and this arrangement will help save crores of rupees of Indian Haj pilgrims, the minister said.

The selection process of Haj pilgrims will be done as per coronavirus protocols and norms to be decided by Indian and Saudi Arabian Governments, he said.

The embarkation points have been reduced from 21 to 10 for Haj 2022, Naqvi said. These are Ahmedabad, Bengaluru, Cochin, Delhi, Guwahati, Hyderabad, Kolkata, Lucknow, Mumbai and Srinagar.

Australia Recognises Covaxin For Travel As It Eases Border Curbs