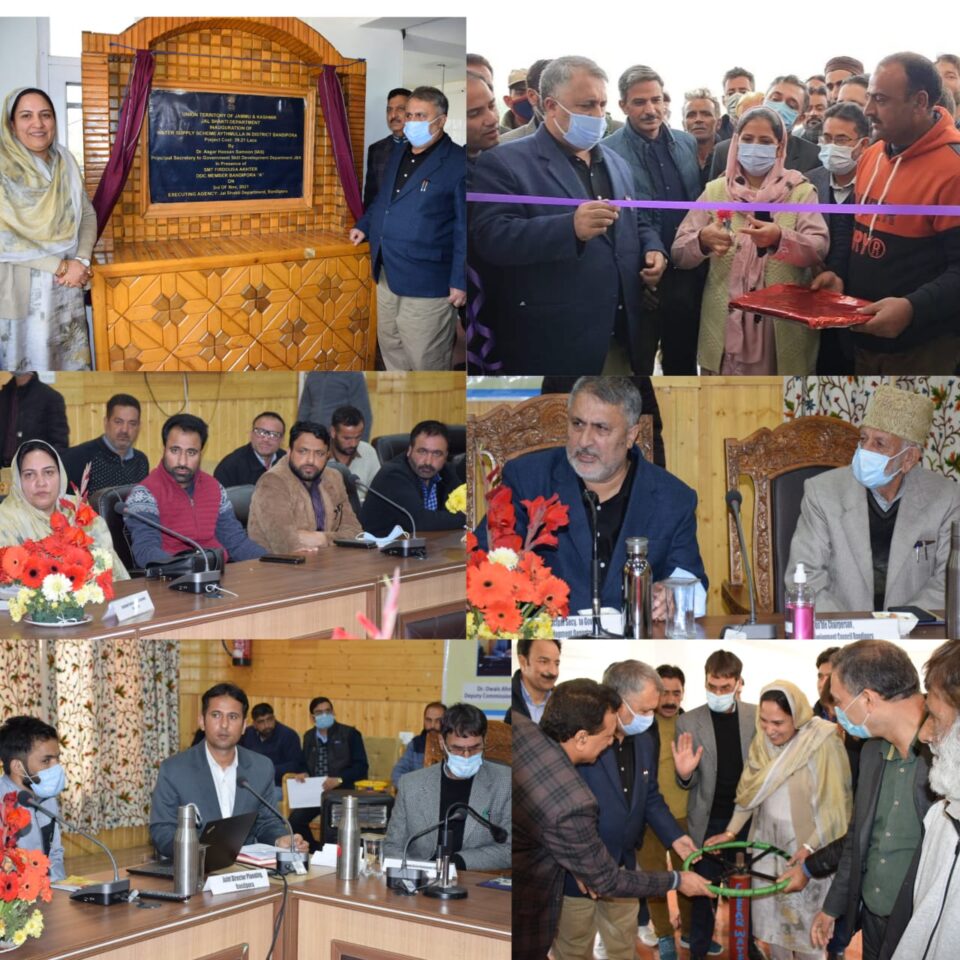 On the occasion Dr Samoon inspected the new complex including classrooms and labs and interacted with the students. He was informed that the new complex of the Govt. Polytechnic College was constructed at the cost of Rs 18 Crore.

During the interaction with the students and the college staff, various issues related to basic facilities in the college were discussed including Scholarships, staff strength, increase in intake capacity etc.

He said add-on courses for different skill trades will be provided to students and said that the placement drives will also be held to adjust skilled youth in different sectors. He said the government is in contact with various national and multi-national companies to organize recruitment drives for the skilled youth. He said orientation programmes for tourism students will also be held in future.

He also inaugurated two new trades at ITI including House Keeper and Carpenter.

The Principal Secretary later inaugurated the Water Supply Scheme Ayatmulla under Jal Jeevan Mission constructed at the cost of Rs 39.21 lakh. The scheme shall benefit 3864 souls of 334 households.

On the occasion, Dr Samoon said the current year shall prove to be a revolutionary year for Bandipora in providing pure drinking water to the habitants. He said that Rs 309 crore Plan has been approved for Bandipora, which envisages construction of 30 new Filtration plants  , 60 Reservoirs in addition to 100% coverage of HHs with Functional water connections .

He said the district administration had launched a campaign to provide piped water supply to schools, Ashrams and Anganwari centres and so far more than 90 percent of  these buildings have been covered while rest of the buildings shall be  provided piped at earliest.

Dr Samoon said that Bandipora became the first district to launch door to door census in 2019- 20 for coverage of functional Household Tap connections, quality supply and working quantity requirements in UT of J&K.

During the workshop officers informed the members of Panchayati Raj Institutions about various centrally sponsored schemes and the mechanism to be followed to avail the benefit of the schemes. Officers urged the PRI members to act as bridge between the government and the public and help the people at grass roots level to avail the benefit of various welfare schemes besides laying special stress on motivating the youth to avail the benefits of various schemes aimed at establishing employment generation units by the unemployed youth. Dr Samoon said Govt. is at forefront for providing basic facilities including education and health infrastructure.

Dr Samoon also interacted with the members of civil society who apprised him about various issues of public interest. Dr Samoon gave patient hearing to the public and assured them that he will raise the issues with concerned officers.( KINS)

Blasphemy law in Pakistan, the license to kill