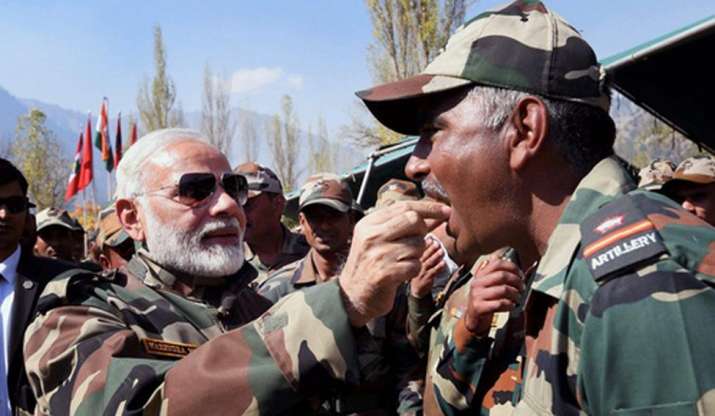 SRINAGAR, Nov 3 ( KINS): Prime Minister Narendra Modi is likely to celebrate Diwali with soldiers along the Line of Control (LoC) in Jammu and Kashmir on Thursday.

While there is no official word on the possible visit by the Prime Minister, top defence sources said Modi could be visiting the forward areas along LoC in Jammu region.

This will be the fourth time that the prime minister is visiting Jammu and Kashmir to celebrate Diwali with the soldiers since 2014. After the abrogation of Article 370, Modi had visited Rajouri border in Jammu region in October 2019 and celebrated Diwali with soldiers.

Modi’s visit comes at a time when India and Pakistan are holding a ceasefire along the LoC. The armies of both nuclear-enabled neighbours on February 25, 2021 announced to work according to the 2003 ceasefire agreement.

While the LoC has been silent for the past eight months, the army lost 11 of its men in the line of duty in Rajouri and Poonch districts last month. ( KINS)

Govt To Come Up With EOCs To Deal With Emergencies, Weather Eventualities: Farooq Shah