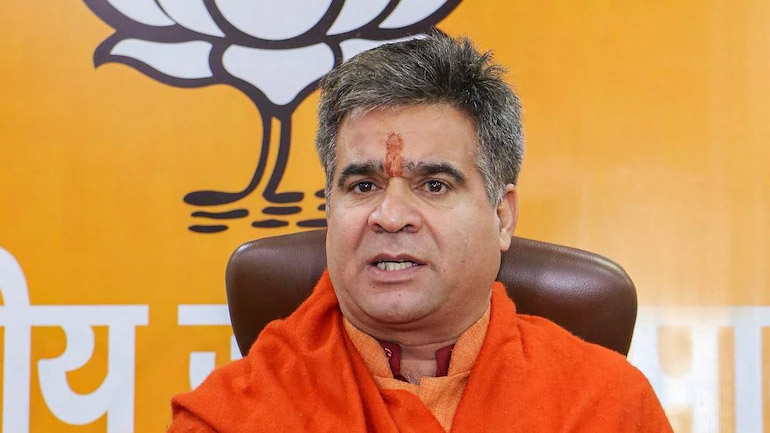 Srinagar, Nov 5 ( KINS): Pakistan’s denial of use of its airspace to Sharjah-bound flights from Srinagar has proved that the neighbouring country is the biggest enemy of the people of Kashmir and can never be their friend or sympathiser, Jammu and Kashmir BJP president Ravinder Raina said on Friday.

“It is unfortunate that Pakistan has closed its airspace and by doing so, it has proved that Pakistan is the biggest enemy of the people of Kashmir,” Raina told reporters at the famous Shankarcharya temple here.

The Jammu and Kashmir BJP president said thousands of Kashmiri youth visit the UAE and Saudi Arabia, and lakhs of people go for Haj every year and the direct flights were started by the BJP government for the convenience of the people.

“But Pakistan’s position of closing its airspace shows that it can never be a friend or a sympathiser of the people of J-K,” he said.

Raina said flights will still go from Srinagar to Sharjah “not through the Pakistan airspace but a longer route”.

“Now, they will go from Srinagar to Delhi to Mumbai and then to Sharjah or to Saudi Arabia. The pilgrimage (Haj) will take place, but the world has seen Pakistan’s deeds and intentions. This is a big deception. Pakistan has always bloodied Kashmir and brought destruction here. However, we will foil all its evil designs,” he said.

Asked whether the assembly elections will take place sooner in Jammu and Kashmir, Raina said the polls will be conducted after the process of delimitation is completed.

“I am sure the way the BJP is moving forward in all directions here, the next government will be of the BJP and we will have a BJP chief minister,” he added. (KINS)