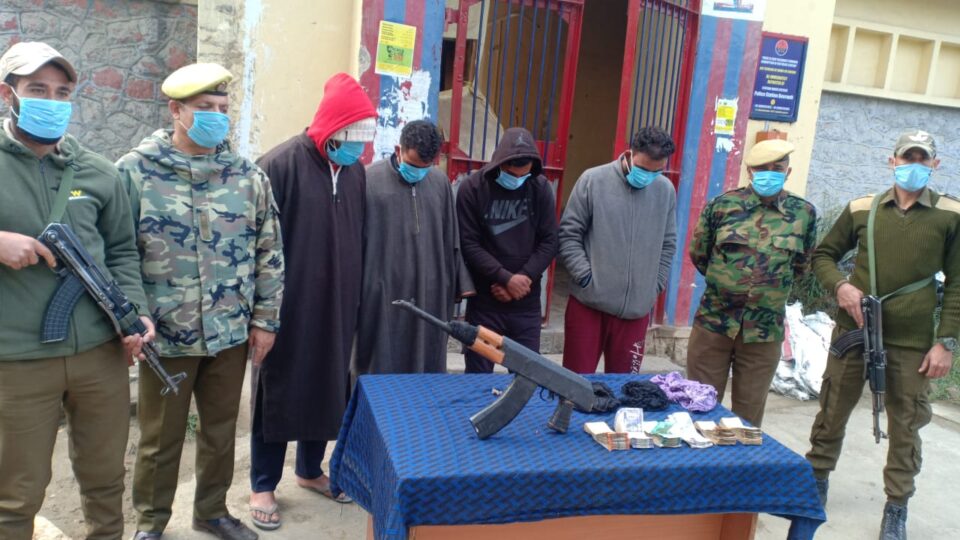 SRINAGAR, Nov 6 ( KINS): Four people were arrested while a dummy weapon was recovered in connection with an extortion case in Budgam district of Jammu and Kashmir, police said on Saturday.

Police received a complaint on August 23 this year from Tawseef Ahmad Bhat, a resident of Rawatpora Khag, alleging that he and his neighbour Saqib Ahmed Dar were stopped by some masked persons on their way home in the evening a day earlier. They were shown a weapon and thrashed, while Bhat was robbed of a cash amount of Rs 1,50,000, a police spokesperson said.

A case was registered and an investigation into the matter was taken up after receiving the complaint, he said.

During the course of the investigation, a suspect, identified as Feroz Ahmad Wani, a resident of Pethzanigam, was called for questioning. He confessed his involvement in the commission of the crime, the spokesperson said.

On Wani’s disclosure, his two associates Asif Ahmad Ahanger, a resident of Bonzanigam, and Bilal Ahmad Malik from Pethzanigam, were arrested, he said.

Police recovered a dummy AK-47 weapon, Rs 33,300 cash and three face covers on their disclosure from a shed constructed at Ahanger’s orchard, the spokesperson said.

During the investigation, it also came to the fore that the dummy weapon was made by carpenter Abdul Momin Shah, a resident of Pethzanigam, who was also arrested, he said.

An investigation into the case is underway and more arrests and recoveries are expected to take place, the spokesperson added. (KINS)

45% increase in disposal of grievances from Oct 2020 to June 2022
Within 15 days Integrate JKIGRAMS with CPGRAMS: CS