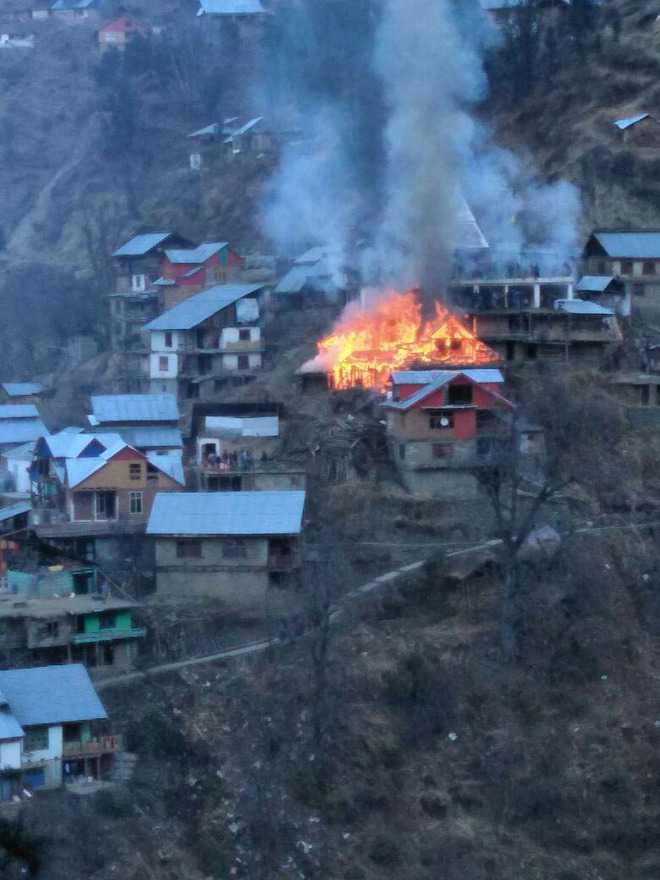 KISHTWAR, Nov 6 ( KINS): A house was completely gutted in fire in the Kishtwar district of Jammu and Kashmir. Located in the upper Malipeth area, the house was engulfed in a fire during the early hours of Saturday morning. The local police station was informed and the personnel rushed to the spot along with the firefighters. The firefighters have been trying to douse the fire. The house has been completely destroyed, however, there is no report of any injuries or loss of lives of the residents of the house.

In the recent incidents which occurred in the Kishtwar district, where a house caught fire and the flames spread from house to house in the village. The authorities wanted to avoid a similar scenario and have deployed a large number of firefighters to ensure that the fire is controlled. The residents of the house left the premises in a timely manner which ensured that they were not injured. (KINS)