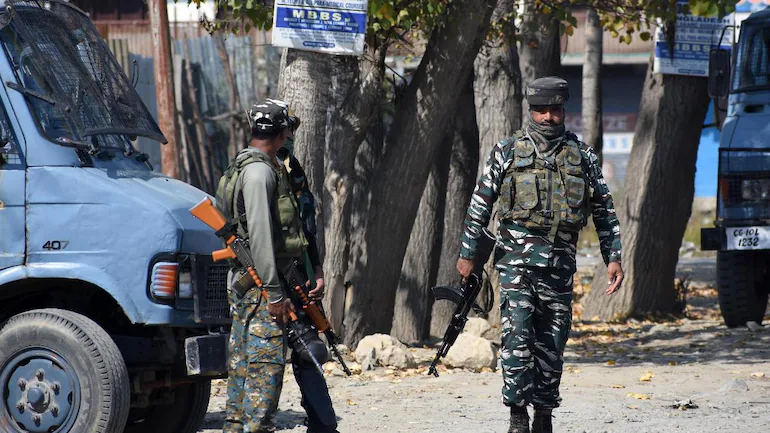 Jammu November 6 ( KINS) An operation was jointly launched by the Army and the police in the forest area of Khabla but there was no contact with the suspected militants , they said.

The main road connecting Jammu and Kashmir’s Rajouri to Thanamandi was briefly closed for traffic on Saturday as security forces extended the ongoing search for a group of militants  to the Khabla forest following information about their suspected movement in the area, officials said.

The counter-insurgency operation in Surankote and Mendhar forest in Poonch district and Thanamandi in Rajouri district entered the 27th day on Saturday.

While the operation to track down the militants  in the forest belt of Poonch-Rajouri was underway, the security forces received information about the suspected movement of militants  in the vast forest area of Khabla along the Mughal Road in the early hours of Saturday, the officials said.

An operation was jointly launched by the Army and the police in the forest area of Khabla but there was no contact with the suspected militants , they said.

In view of the operation, the traffic on the Rajouri-Thanamandi road was suspended as a precautionary measure for the safety of commuters, the officials said.

Nine soldiers, including two Junior Commissioned Officers (JCOs), were killed in two separate encounters with the militants  on the first day of the search operation in Surankote forest on October 11 and in Mendhar forest on October 14.

A Pakistani terrorist, Zia Mustafa, who was shifted from Kot Bhalwal Central Jail, Jammu to Mendhar on police remand for questioning in connection with the operation, was killed when the security personnel accompanying him to identify a hideout in the Bhatti Durrian forest in Mendhar came under fire from the hiding militants  on October 24.