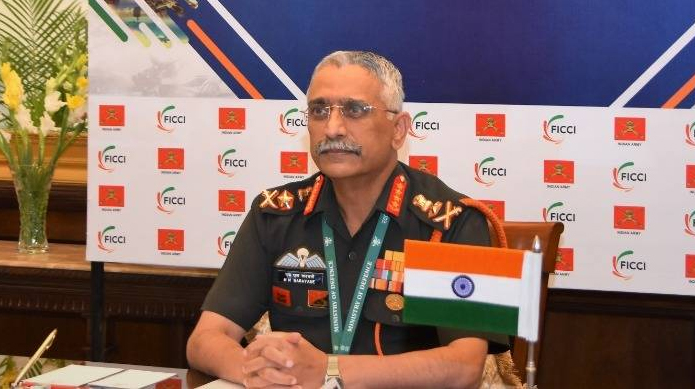 NEW DELHI, Nov 8 ( KINS): Only indigenously developed technologies will be available to the Indian Army for full exploitation during conflicts and it is imperative to reduce dependence on foreign technologies, Army chief General M.M. Naravane said on November 8.
The Indian Army is undergoing rapid modernisation and it is increasingly looking for indigenous solutions for its operational needs, he said in his speech at an event of industry body FICCI.
“I truly believe that during conflicts, in war-like situations, only indigenously developed technologies will be available to us for full exploitation across diverse domains,” he stated.
Developing indigenous and local capabilities to confront emerging security challenges and reduce dependence on foreign technologies is, therefore, an imperative, Gen. Naravane mentioned.
“The Army in particular is more suited to lead this initiative. India has an expanding industrial base and we are confident that most of core requirements of defence equipment can be realised in-house,” he noted.
The average cost of acquisition is lower in the Indian Army that allows wide participation of MSMEs and start-ups, he said.
The government’s initiative of Atmanirbhar Bharat (self-reliant India) during an economic downturn has given much needed fillip to the domestic industry, he said.
Lt. Gen. Shantanu Dayal, Deputy Army Chief (Capability Development and Sustenance), stated in his speech at the event that the two most important issues for the Indian Army during procurement of equipment and technologies are quality and costs.
“We are going to deploy these equipment in very challenging conditions so they have to be robust and of good quality,” he mentioned.
Lt. Gen. Dayal said the Indian Army is going to increase the share of the indigenous content during the procurement. (KINS)

Policeman Killed By Militants in Batamaloo