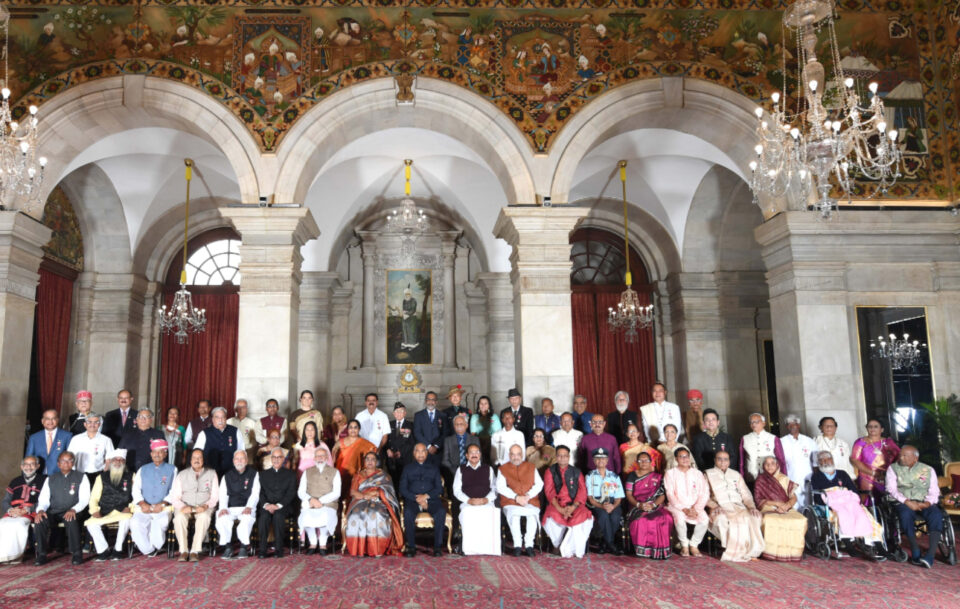 Prior to this, President conferred Padma awards to 119 Padma Awardees today at the 2020 Civil Investiture Ceremony at Rashtrapati Bhavan.

The list comprises seven Padma Vibhushan, 10 Padma Bhushan and 102 Padma Shri Awards. 29 of the awardees are women, 16 are conferred with the honour posthumously and one is a transgender awardee.( KINS)

I am available for Hurriyat: J&K Governor