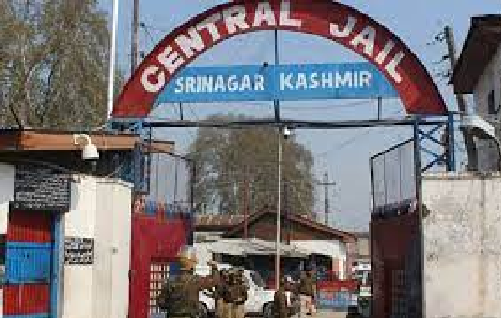 Srinagar Nov 08 (KINS): Five years have passed since the government made a proposal to shift the Central Jail Srinagar to another location to ease out the congestion of jail inmates, it is yet to see the ray of the light.

The Valley’s prisons are overburdened due to rapid increase in the number of arrested persons.

Five years before, the Government made a proposal to shift the Central jail Srinagar to another location to ease out the congestion of jail inmates. However, nothing has been done so far.

“The proposal of shifting central jail to another place has been shelved. No progress has been made in this regard so far,” a senior official told news agency Kashmir Indepth News Service (KINS).

Situated in the foothills of Koh-e-Maraan in the Old City Srinagar, the Central Jail comprises 17 barracks with one special block.

However, to ease out the congestion and to increase its intake capacity, the Government had made a proposal to shift the district jail Srinagar to another place.

“There is a lot of pressure on the Central Jail Srinagar due to the increasing number of arrested persons. There is no scoop to expand it at its present location due to congestion in its surroundings,” the official said.

“We are facing a tough time to accommodate new prisoners due to lack of space in the Central jail Srinagar. There are always chances that minor scuffles could turn into major clashes as its barracks are packed beyond capacity,” the official added. (KINS)

Decision regarding restoration of broadband under consideration: DGP