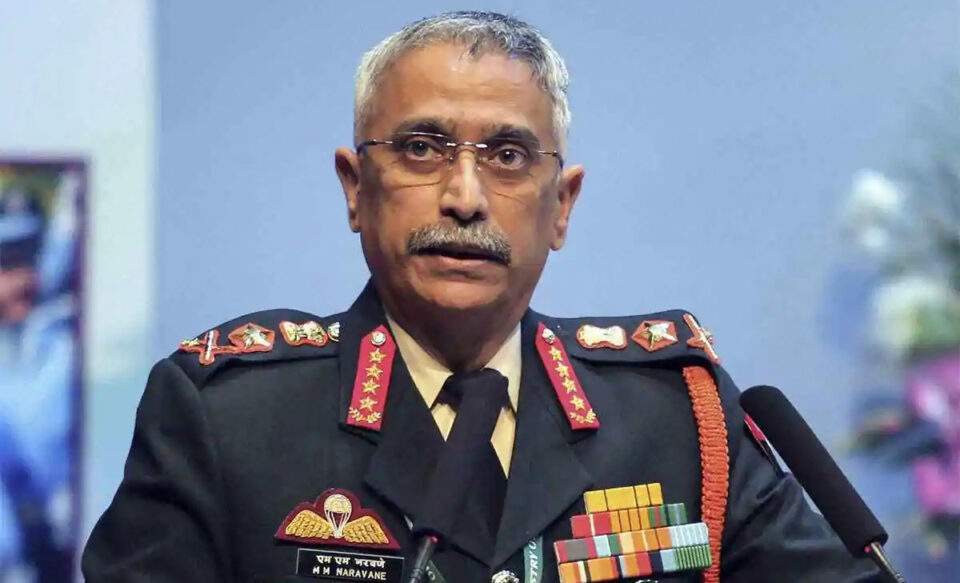 GANDHINAGAR, Nov 9 ( KINS): Chief of the Army Staff (COAS) General MM Naravane on Tuesday said capability development of the armed forces remains a national imperative given the country’s active and disputed borders with two neighbours and observed that disruptive technologies are fast transforming the character of the modern world.
Addressing the event of the signing of MoUs between Gandhinagar-based Rashtriya Raksha University (RRU) and the Bhaskaracharya National Institute for Space Applications and Geo-Informatics (BISAG-N) virtually, General Naravane said academic vigour needs to be enriched with operational understanding to meet the challenges of modern warfare. The event was held at the RRU campus in Gandhinagar.
“Disruptive technologies are transforming the character of the modern world, faster than ever before. We have seen the decisive impact of these technologies in recent conflicts around the world,” General Naravane said.
“Given our active and disputed borders in the north and the east with our two neighbours, capability development of Armed Forces remains a national imperative,” he added.
Rashtriya Raksha University is a national security educational university located in Gandhinagar.
Bhaskaracharya Institute for Space Applications and Geoinformatics is a state-level agency by the government of Gujarat to facilitate to provide services and solutions in implementing map-based Geospatial Information Systems.
The Army chief further said that dependence on niche technologies with other countries creates “significant vulnerabilities especially in times of conflict,” and collaboration of the Indian Army with BISAG-N -will go a long way to address these challenges through an “in-house” solution.
The COAS said the collaboration of the Indian Army with BISAG-N and RRU aligns with the government’s vision of “Aatmanirbhar Bharat” (self-reliant India) and will pave the way for a greater “civil-military fusion” in defence capability development.
The areas of collaboration between the two (civil and military) are in the fields of emerging technology, development of GIS and IT-based software systems, training content and telecasting of audio-visual contents, the Army chief said.
He said professional military education has always been a critical part of the training curriculum of a military professional, and it continues to play a pivotal role in the evaluation of military officers and soldiers.
“Academic vigour needs to be enriched with operational understanding to meet the challenges of modern warfare,” General Naravane said.
He said MoUs signed by the Army Training Command (ARTRAC) with RRU and BISAG-N “will synergise the expertise and potential of both the institutions”.
General Naravane said this collaboration will offer the Army a “customised and tailormade training as well as a learning solution.”
The event was presided over by Lt Gen Raj Shukla, GOC-in-C of ARTRAC. RRU vice-chancellor Bimal Patel and BISAG-C Director-General TP Singh exchanged the MoUs. (KINS)

Strong Govt is Why We Can go Inside Pak and Kill Terrorists Now, Says PM Modi