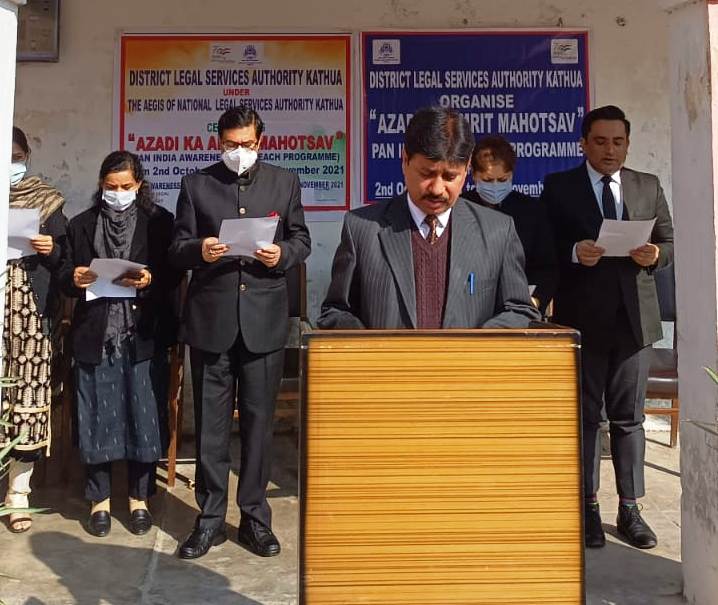 On the occasion, a special Lok Adalat was held at ADR Centre Kathua which was inaugurated by Chairman District Legal Services Authority Kathua, by lighting a traditional lamp.

In addition to this, a photo exhibition was also organized in the ADR Centre to exhibit various functions of legal aid systems, process and achievements of the Justice delivery system.

In Special Lok Adalat, two benches were constituted in ADR centre Kathua and one each bench was constituted in Tehsil Courts at Basohli, Billawar, Bani & Hiranagar.

To mark the occasion, a special legal awareness programme was also organised by District Mobile Magistrate Kathua, Brij Raj Singh   on Traffic rules and regulations for the safety of people on roads and to avoid road traffic accidents.

A day long special drive was also conducted by Para Legal Volunteers of the District  including Tehsil Legal Services Committee of Billawar, Basohli, Bani, Mahanpur & Hiranagar to create legal awareness in rural areas  about the legal rights and free legal aid available under the Legal Services Act 1987 to the people. ( KINS)

“We had grudge against Kashmiris, BJP now trying to control Ladakh from Jammu”, says Cheering Dorjay after resigned from party