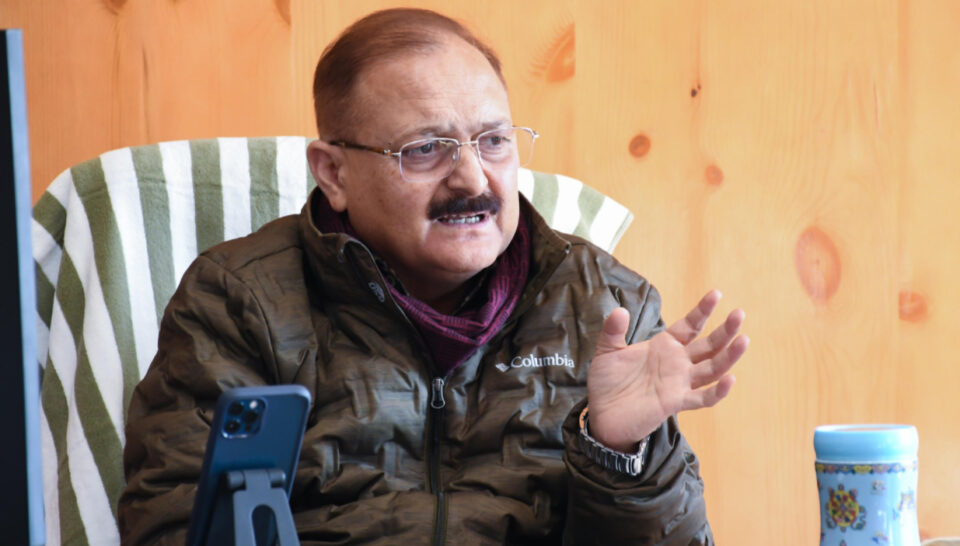 LEH, Nov 9 ( KINS): The Ladakh Government has speeded up work to complete pre-fabricated structures of the first medical college in the union territory by setting a target of beginning the first academic session in 2022, officials said on Tuesday.
Principal Secretary (Health and Medical Education Department) Dr Pawan Kotwal chaired a meeting in which he directed officials to ensure completion of pre-fabricated structures for the academic block of the new medical college in Leh.
During the meeting, Kotwal told officials that requisite infrastructure in accordance with the National Medical Commission (NMC) norms along with non-medical furniture should be made ready by March-April 2022, so that classes would commence from the academic session next year, officials said.
Regarding the revision of the cost of the 250-bedded hospital proposed to be constructed in the SNM Hospital for the medical college, it was decided that the chief engineer would revise the estimates and detailed project reports (DPR) strictly in conformity with norms and specification prescribed under the clinical establishment and rules that apply to Ladakh, they said.
The officials apprised Kotwal about the status of the DPR for the same, they said.
He asked the chief engineer to prepare an action plan involving a survey of the site, finalisation of suitable pre-fabricated and pre-engineered technology, preparation of DPR, tendering process and award of contract, respectively. (KINS )

Delimitation of constituencies will happen: BJP