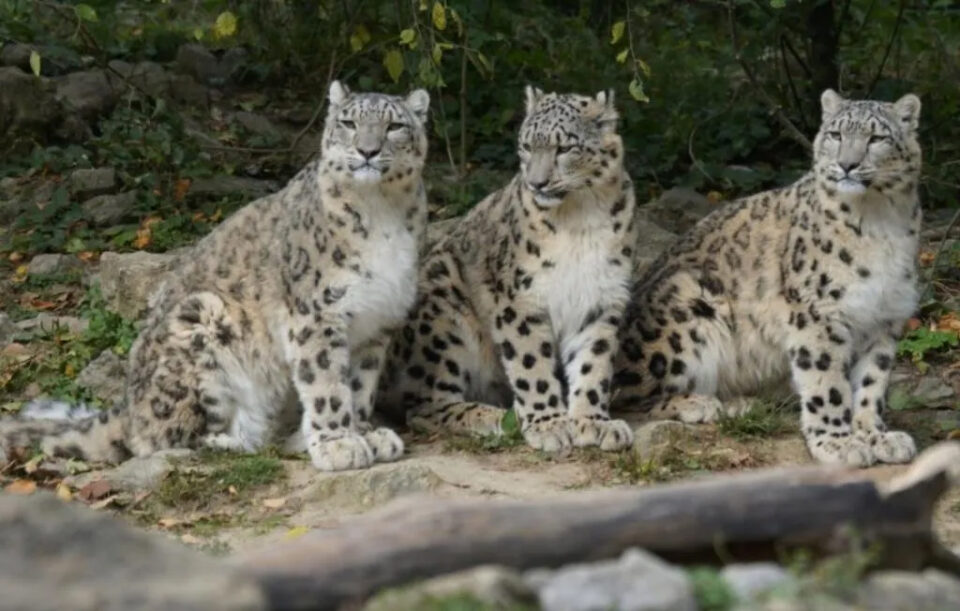 JAMMU, Nov 9 ( KINS): In a first, a snow leopard population assessment expedition was launched in Jammu and Kashmir on Tuesday with its focus on identifying the landscape housing the endangered species and the future challenges for their proper conservation.
J-K Chief Wildlife Warden Suresh Kumar Gupta flagged off a 48-member strong expedition divided into 12 teams from Manda Zoo Jammu for Kishtwar High Altitude National Park spread over an area of 2,195.50 square kilometres under the Project Snow Leopard of the Ministry of Environment.
Listed as vulnerable by the International Union for Conservation of Nature (IUCN), the snow leopards are mostly found at an altitude between 3,000 and 4,500 metres and have been sighted in the snow-bound areas of the Kishtwar national park, its adjoining areas in Jammu region and parts of central and north Kashmir.
The snow leopard is a part of a species recovery programme of the Government of India. Ladakh, Himachal Pradesh, Arunachal Pradesh, Sikkim and Uttarakhand are already covered under the programme.
“The snow leopard population assessment exercise is underway in several parts of the country and Jammu and Kashmir has now become part of it by formally launching the expedition after getting approval from the government,” Gupta said.
He said such a survey has never been taken in Jammu and Kashmir so far as the erstwhile state of Jammu and Kashmir kept its focus of the snow leopard conservation programme on Ladakh, which has a high density of the snow leopard population in the world.
“After the reorganisation of J-K (in August 2019), a detailed project report under snow population assessment in India was formed and submitted to the government in April this year,” the chief wildlife warden said.
He said there was photographic evidence of the snow leopard’s presence in the upper reaches of Kishtwar besides Gurez in north and Thajiwas and Awoora top in central Kashmir.
“The teams will survey the population of the snow leopards as per the protocol and identify its habitats. Besides camera traps, the team will also look for hair samples, scat and other evidence which would be sent to a Bengaluru-based central government institute for DNA analysis to ensure perfect data after completion of the exercise,” he said.
Gupta said preparations are underway in Kashmir to dispatch separate teams to the snow-covered areas where the snow leopards have been found.
“We roped in resource personnel from the Nature Conservation Foundation (NCF) who trained our teams in both Jammu and Kashmir divisions for the survey. We are also collaborating with University of Jammu, Bhaderwah Campus; Sher-e-Kashmir University of Agricultural Sciences and Technology, Kashmir and several other non-governmental organisations and wildlife groups,” he said.
Gupta said a pilot survey for trial was conducted by the wildlife protection department in Kashmir last month.
“We are planning to complete the assessment which is a very risky task due to multiple challenges including inclement weather and difficult topography. However, this is the best time for the exercise as the nomad population descend towards the plains from the higher reaches and so do the wild animals as well,” he said.
He said the department is planning to complete the survey in May-June next year to ensure inclusion of exact data of snow leopard population in J-K in the national database likely to be released by the central government in October.
“The experts will continue their work till the heavy snowfall. They will restart their work in March and we are hopeful of completing the field exercise by May end or early June next year.
“The data will be compiled and submitted to the concerned ministry which is going to release the national data of snow leopards on the occasion of International Snow Leopard Day on October 23,” Gupta said.
He said wildlife is also present outside the wildlife-notified areas and the department is coming out with a landscape management plan for central government funding after the completion of the survey.
“The landscape management plan is a must for the conservation of the snow leopards for the future and we are hopeful of getting the funding under the project,” he said. (KINS)

‘Jhiri Mela’ in Jammu cancelled due to Covid

Katra-Banihal rail link likely to be completed by Dec 2022, Efforts on to connect every part of JK to railway: Chairman Railway board