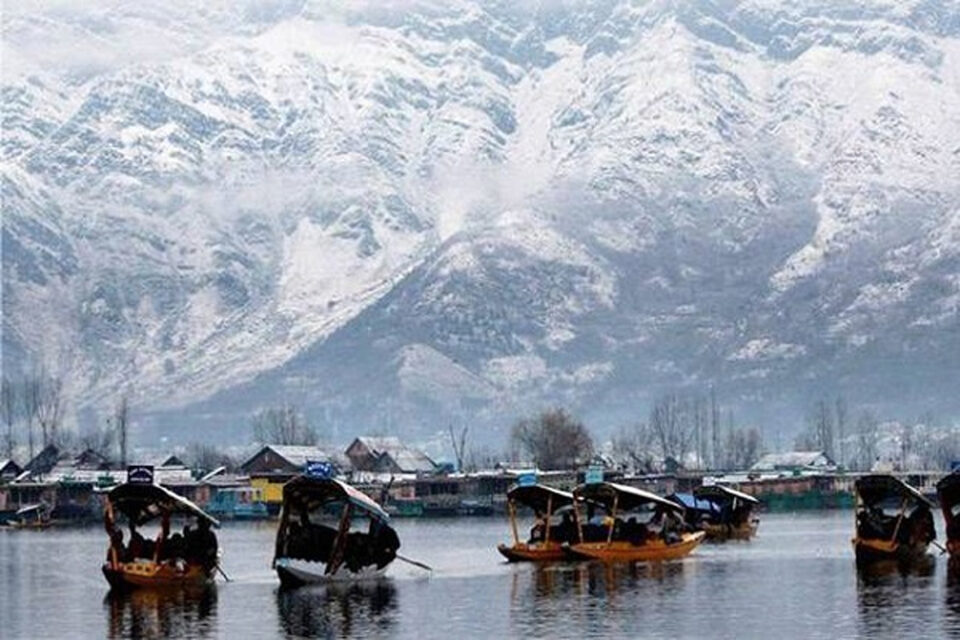 SRINAGAR, Nov 9 ( KINS): Srinagar and other major parts of the Kashmir valley experienced the coldest night of the season on Tuesday with temperature plummet to sub zero at most places while Drass in Ladakh region freezes at minus 12.1 degree Celsius followed by Leh at minus 8.3 degree.
A Meteorological Department official said, cold conditions intensified in most parts of Kashmir valley with temperature further plunged in Srinagar recorded seasons coldest night with minimum temperature at minus 0.5 degrees for the first time during this season.
Thick fog effulged most areas of the Srinagar city early in the morning making visibility low and disrupted normal life miserably. The visibility in the famous Dal Lake and Boulevard road also dim with thick fog surrounding and vehicles were plying keeping on head light on the road. However, with the sunrise the fog faded away gradually.
Drass in Ladakh Union Territory was the coldest place in the region with the minimum temperature dipped to minus 12.1 degree Celsius followed by Leh at minus 8.3 degree Celsius recorded on Tuesday. Karil was recorded at minus 6.8 degrees.
He said, Ski resort of Gulmarg recorded a low of minus 1.4 degree celsius while the tourist resort of Pahalgam settled at minus 1.1 degree Celsius.
The MeT office said, Qazigund on Srinagar-Jammu national highway recorded minus 1.8 degree Celsius and Kokernag in south Kashmir experienced minus 0.6 degree Celsius. The Frontier Kashmir district of Kupwara was reeling at 0.4 degree Celsius, the MeT office added.
The MeT office predicted a dry weather to continue and night temperature will see a further drop in Kashmir valley during this week. (KINS)

No change in scheduled KU exams, functioning of hostels

Active Positive cases below 200 in the district: DC Gbl

Classwork suspended in GDC Pulwama, exams as per schedule

NC vs PDP : No cake walk for Farooq Abdullah in Srinagar