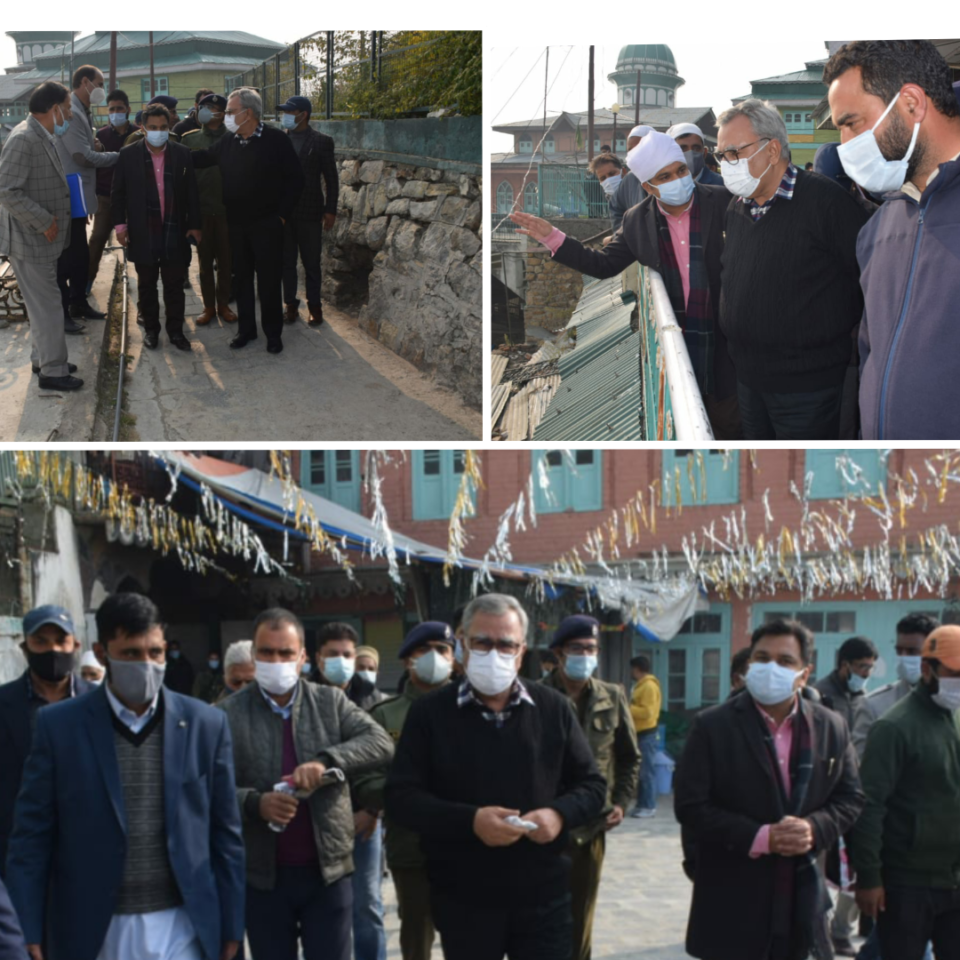 ANANTNAG NOVEMBER 10 ( KINS): Advisor to Lieutenant Governor, Farooq Khan today paid obeisance at Ziyarat Shareef Sakhi Zain Ud Din Wali (RA) at Aishmuqam.During his visit to the Shrine, the Advisor laid stress on preparation of a master plan so that all future developments at the Ziarat Sharief are carried out in a planned manner and in keeping with its heritage value.

Various delegations also met the Advisor and put forth their demands.

It was apprised to the Advisor that Aishmuqam is part of the Sufi circuit and some developmental works are being undertaken by the tourism department.

The delegations demanded that solar lights be installed in the premises and toilet blocks be set up. They also requested that a sports stadium be developed for engaging youth in sports activities.

The Advisor assured the delegations that he will delegate a team of experts to look into these issues in order to address these problems.

Advisor Khan further said that the Ziyarat Sharief receives footfall of people from all religions. He said that the Shrine is representative of the communal harmony and ethos that Kashmir is popular for and it is the responsibility of the local population to uphold such ethos through their hospitality.

While interacting with PRIs and local Auqaf members, the Advisor assured them that a master plan will be prepared taking the opinion of people on board.

On the occasion, Deputy Commissioner Anantnag, Piyush Singla apprised the Advisor that the local management of the Ziarat has been cooperative during COVID-19 pandemic and has made sustained efforts in collaboration with District Administration to enforce COVID Appropriate Behaviour in the premises of the Ziarat Sharief.

Temperatures goes down again in Srinagar settles at Minus 6.6

Experts lay stress on need for impartiality during mediation