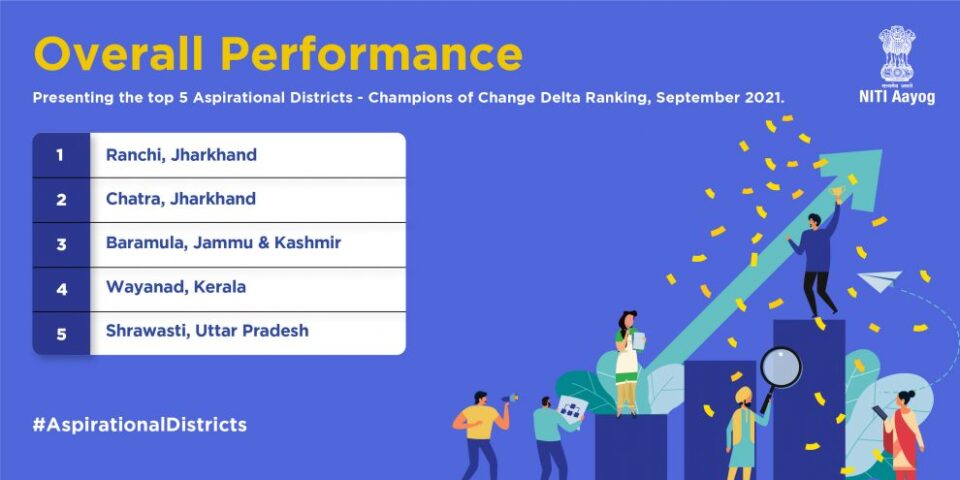 BARAMULLA:, Nov 10 ( KINS) The Baramulla district has attained the third rank in the NITI Aayog’s delta ranking for September 2021.

The information was shared by NITI Aayoog on their Twitter handle. “From north to south, east to west, These districts have performed the best! Presenting the topmost improved AspirationalDistricts in #NITIAayog’s Delta Rankings for the month of #September 2021. Congratulations to our #ChampionsOfChange”, the tweet read.

Congratulating the Baramulla administration, the office of LG Jammu and Kashmir in a tweet said, Baramulla has attained 3rd rank in the #NITIAayog‘s delta ranking for Sep 2021. Congratulations  DC Baramula  & team for social commitment & responsibility and making determined efforts to uplift the lives of people.( KINS)

Youth comes back to mainstream from militancy says police