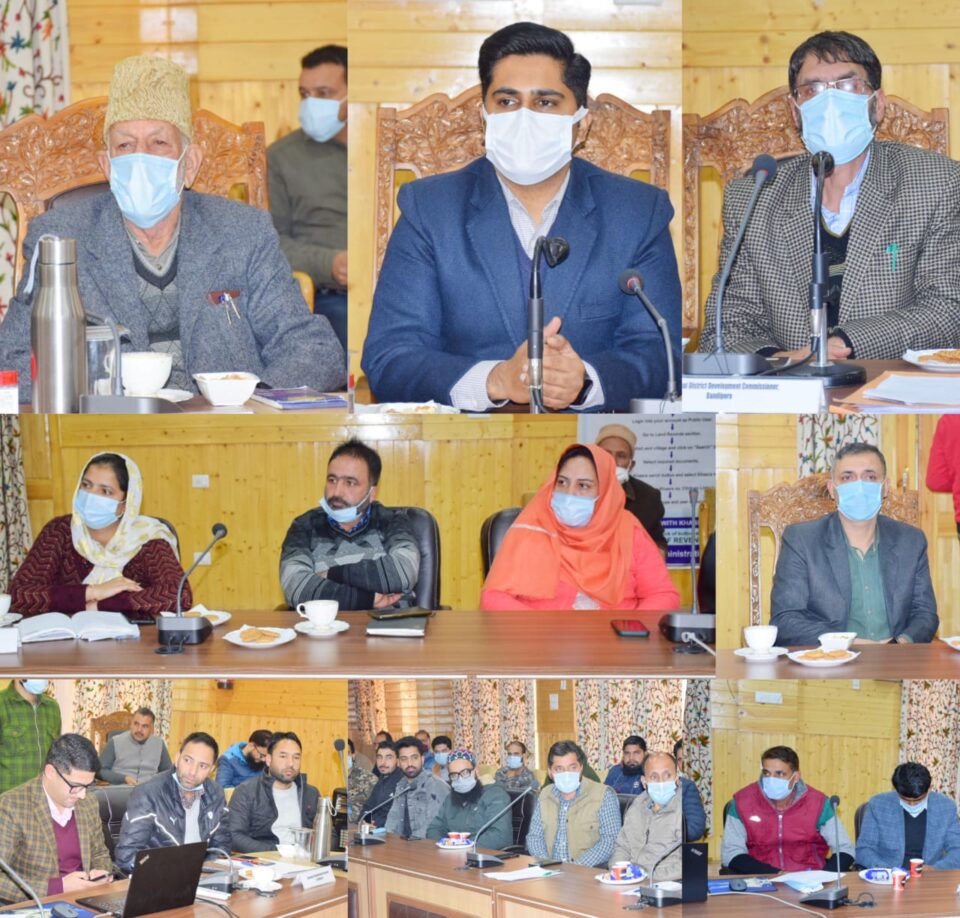 The programme was held with all concerned stakeholders viz Revenue Staff, PRIs, Lumbardars, Chowkidars and other participants wherein details about working and benefits of the portal were presented and live demonstration of the working of the portal was also presented on the occasion.

The officers urged people to avail the benefit of “Aapki Zameen Aapki Nigrani” Land Records Information System recently launched by the lieutenant governor. They said users can search and view copies of Scanned data of their land records online on CIS Portalhttp://landrecords.jk.gov.in/.

Officers informed that the initiative will facilitate easy online access to the Land Records System, thereby reducing manipulation of the Land Records and improving the efficiency of Revenue offices substantially. Similar programme were held in Sumbal and Gurez Sub Divisions.

The Digital India Land Records Modernization Programme (DILRMP) was formally launched in the UT in April-2016 for improving online accessibility to the Land Records System and stopping manipulation of the Land Records thereby making quality of services in Sub Registrar offices/ Tehsils more efficient and transparent.

Pertinent to mention that more awareness camps with regard to Land Record Information System will be conducted across district as per the calendar already issued in this regard by the district administration. ( KINS)