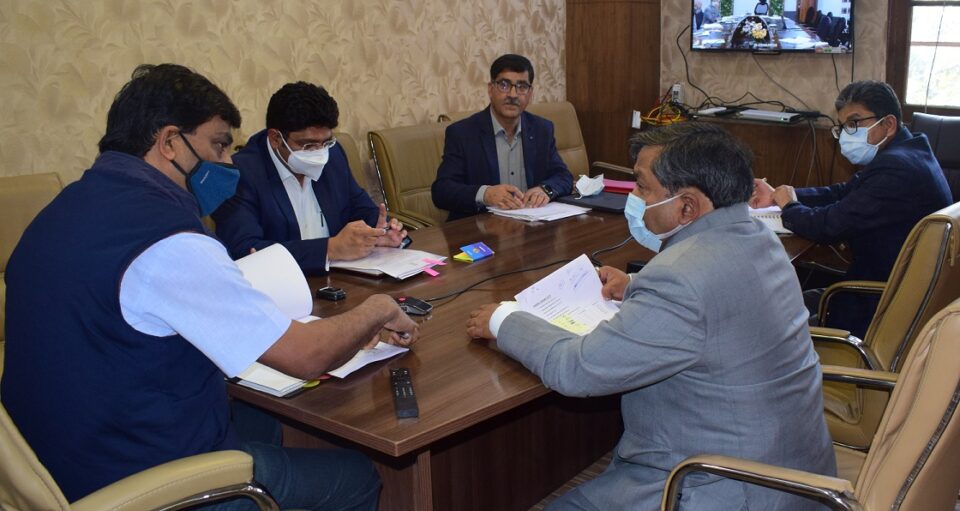 Urges expeditious completion of the project

Giving details, Administrative Secretary, H&UDD informed that Rs 186.74 crore project will benefit around 76041 souls in the district once it is completed.

He further informed that construction of Ghats under package Iof the project has been completed although there has been delay of five months.

Stating that there has been physical progress of only 39 % in the construction of sewerage network of 124.22 kilometres under the package II of the project, the Chief Engineer, UEED informed that the project has been marred with significant delays despite the fact that the contractor has been penalised.

Divisional Commissioner informed that he had asked the departmental engineers to prepare activity delay chart and work out the penalty to be imposed as per the contract.

DC, Udhampur shared the resentment brewing in the residents of Udhampur town vis-à-vis the areas where the contractor has dug up the road sides for the project and have not refilled/restored them for a long time

Administrative Secretary, H&UDD informed that the department for some time has been exploring  alternative options for early completion of the project and all steps necessary in this regard shall be taken.

Stating that the execution of the project has to be expedited, the Chief Secretary directed the department to take all the measures necessary as per the contract to improve the pace of the execution.

Dr Mehta asked the department to penalise the contractor including in case he does not immediately improve the pace of the work at the site.

The Chief Secretary directed the DC, Udhampur to continuously monitor the progress of the project and also interact with the people in the district to address their concerns on the slow pace of the execution.( KINS)