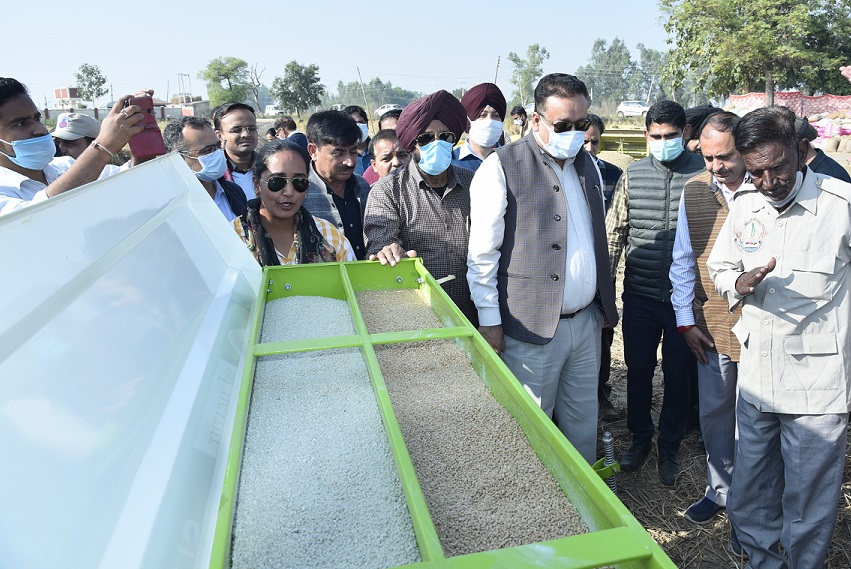 Pertinently, the department is promoting Super Seeder as a solution to the problem of Paddy stubbles left in the field after crop losses due to hail storm and other weather vagaries.

Principal Secretary elaborately explained that how this unique machine facilitates ploughing and mulching of the standing paddy residue and sowing of seed of wheat crop in a single operation.  “Super Seeder is an eco-friendly technology which can be used for sowing of wheat without removing paddy residue due to which practice of burning crop residue can be avoided”, he added.

He exhorted upon the farmers to adopt such innovative technological innovations in their fields which help in conservation of soil moisture, checking wastage of seed and fertilizer and is cost effective as well. He also instructed the Agriculture Department to vigorously promote this super seeder sowing machinery which can reduce the cost of cultivation to great extent.

Earlier, Principal Secretary along with HoDs of Agriculture and allied departments interacted with the farmers to get feedback regarding various problems being faced by farming community of border areas.

Principal Secretary also handed over sanction letter of a dairy unit to a local beneficiary under Integrated Dairy Scheme.

Industrial activity picks up in Kashmir