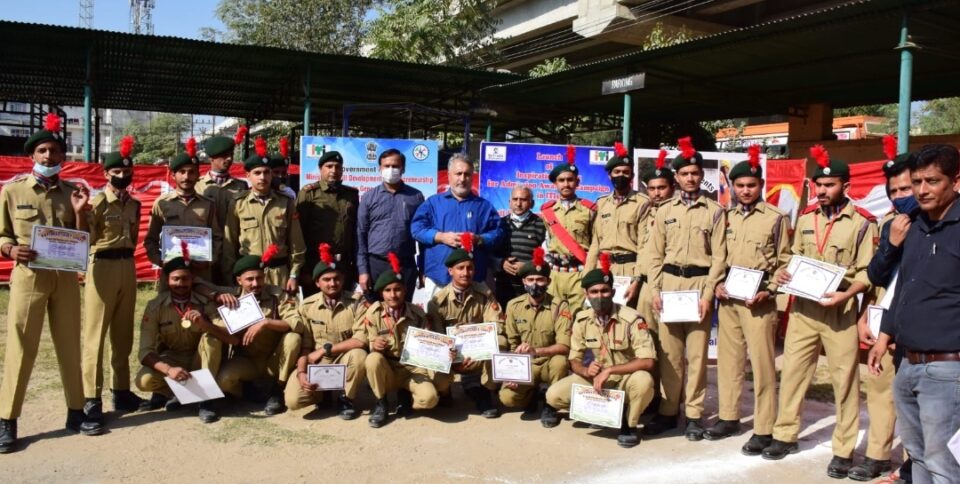 Dr Sammon also inspected several ongoing works in the college and enquired the officers about the progress achieved so far. He directed the concerned officers to expedite the pace of progress on these vital works to ensure timely completion.

Principal Government Polytechnic for Women Jammu, Neelanjana Manwati, informed that almost 18 companies and  local  firms are participating in this job placement fair. He also revealed that more than 350 candidates were registered by the institution for today’s event.

Meanwhile, Dr Samoon released the first ever newsletter (INSIGHT) of the institution. He also felicitated alumni of the institution besides distributing certificates among the IRG students and interacting with newly admitted students.

During the event, a blood testing camp was also organized in which more than 100 students got their basic blood tests done. The students of the Medical Lab Technology Department conducted the tests.

Earlier, an interactive session was organized in the Government ITI Canal Road Jammu for the new trainees of upcoming session which was chaired by Dr Asgar Hassan Samoon while Director Skill Development was the guest of honour on the occasion.

Principal Secretary interacted with the students of different trades and advised them to enrol themselves for three year diploma in Polytechnic and add on PMKVY Course in Polytechnic CIIT Centres after completion of their ITI courses to further upgrade their skills.

On the Occasion, Dr Samoon distributed certificates and medals among the NCC cadets. He also interacted with academic arrangement staff besides presenting cash reward to Vice Principal for his promotional song “JAG JAOO” encouraging candidates for admission in ITIs. He also assured construction of main workshop building in the ITI.( KINS)

40-year-old woman dies after falling from tree in Baramulla