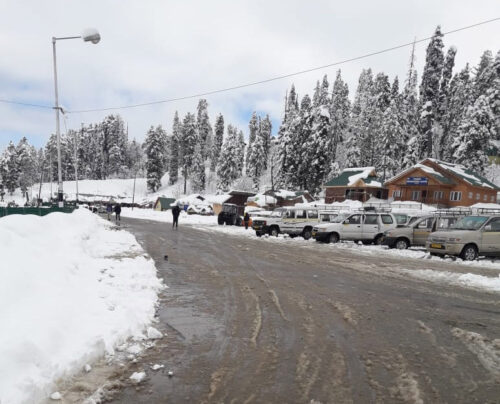 Srinagar , Nov 12 ( KINS) The Union Territories of Jammu, Kashmir, and Ladakh are experiencing severe cold wave conditions. The cold wave intensified in Ladakh and Kashmir valley on Friday with Srinagar witnessing its coldest night of the season. And Dras once again recorded a temperature below minus 12.6 Celsius. According to a Meteorological department official, Srinagar recorded a minimum temperature of 0.7 degrees Celsius, a degree lower than 1.6 degrees Celsius witnessed in the city the night before. This was higher than the normal minimum temperature at this time of the year but the lowest temperature so far this season.

The Minimum Temperature In Pahalgam Is -3.4 Degrees Celsius

The Temperature In Leh Falls Below -7.0 Degrees Celsius

The Met department has said that the weather will remain cold and dry at least until November 19, after which rain and snowfall are most likely to occur in the region. The cold wave has added to the woes of locals in the region.

Security beefed up along the LoC over Pak’s aggressive stance

Dropping ‘Sher-e-Kashmir’ title an attack on history of J&K: Tarigami