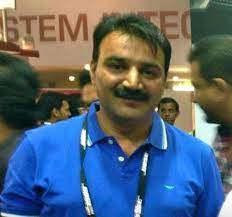 Srinagar Nov 17 (KINS): Chairman of the Reconciliation, Return and Rehabilitation of Kashmiri Pandits, Satish Mahaldar has termed the Hyderpora incident as a “clear cut case of homicide”.

In a statement issued to news agency KINS, Mahaldar said that the families of two of the four killed in the Monday gunfight have categorically disputed the police version, adding, “Terrorism has a very real and direct impact on human rights, with devastating consequences on the right to life, liberty and physical integrity of victims.”

‘In addition”, he said, “Terrorism undermines civil society, jeopardizes peace and security and threatens social and economic development of Kashmir. All these have had a real impact on human rights of each and every Kashmiri irrespective of their religion.”

Mahaldar said that to protect the rights of the citizens, the state prescribes the rules of conduct and sanctions for their violation. There is a well-equipped machinery to enforce sanctions and procedures to protect that machinery.

He said that in the case of the Hyderpora incident, it appears to be the case of utter selfishness, greed and intolerance that lead to the deprivation of life, liberty and property of other citizens requiring the State to step in for protection of the citizens’ rights.

“If men were angels no government would be necessary”, Mahaldar said, adding that it is the primary function of the government to protect the basic rights to life and property.

“The State has to give protection to persons against lawlessness, disorderly behaviour, violent acts and fraudulent deeds of others. Liberty cannot exist without protection of the basic rights of the citizens by the Government,” he exclaimed.

He urged the Director General (Investigation) J and K Police to constitute an investigating team of five members, consisting of one senior Superintendent of Police, two deputy SPs and two inspectors to conduct a fact finding enquiry into the Hyderpora ‘incident’. (KINS)