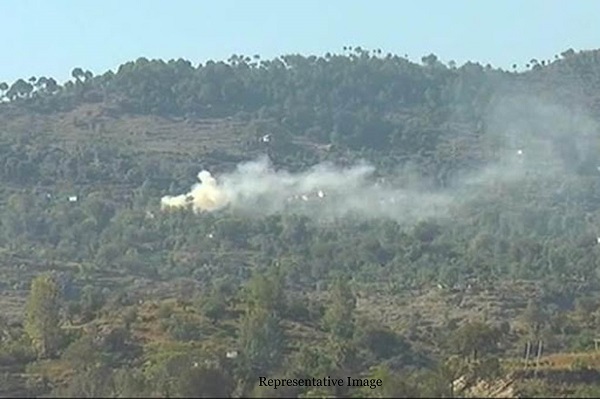 JAMMU, Nov 17 ( KINS): A devastating fire that broke out in the woods along the Line of Control have triggered landmines explosion in Poonch district of Jammu and Kashmir.
Official sources on Wednesday said the fire started from dry bushes from across the border and by Tuesday evening, it spread on to this side of the LoC.
“Many landmines have exploded due to the fire on this side,” they said adding that the Army troops besides being engaged in dousing the flames, are also keeping a close vigil on the border to foil any design from the Pakistani side under the shade of the jungle inferno.
“Some of the security gadgets installed along the LoC have also been reportedly damaged due to the wild fire,” they said.
Notably, with the onset of winter season, terrorists make several attempts to intrude into the Indian territory before snow accumulates on higher reaches leading to closure of passes.
As per reports, 250-300 terrorists are also waiting at the launching pads for infiltration.
Additional Director General of Police Jammu zone, Mukesh Singh, on Tuesday also chaired a security review meeting in Poonch and asked his subordinates to tackle the Pakistani elements trying to disrupt peace with fortitude.
On October 11, a fierce encounter was also triggered between group of heavily armed terrorists and security forces.
Nine Indian Army personnel including two Junior Commissioned Officers were martyred in the counter insurgency operation in Bhatidhariyan forested belt on Rajouri-Poonch boundaries. (KINS)

2 CRPF jawans among 4 injured in grenade attack in Baramulla

PC leaders grieved over loss of lives in Ramban mishap