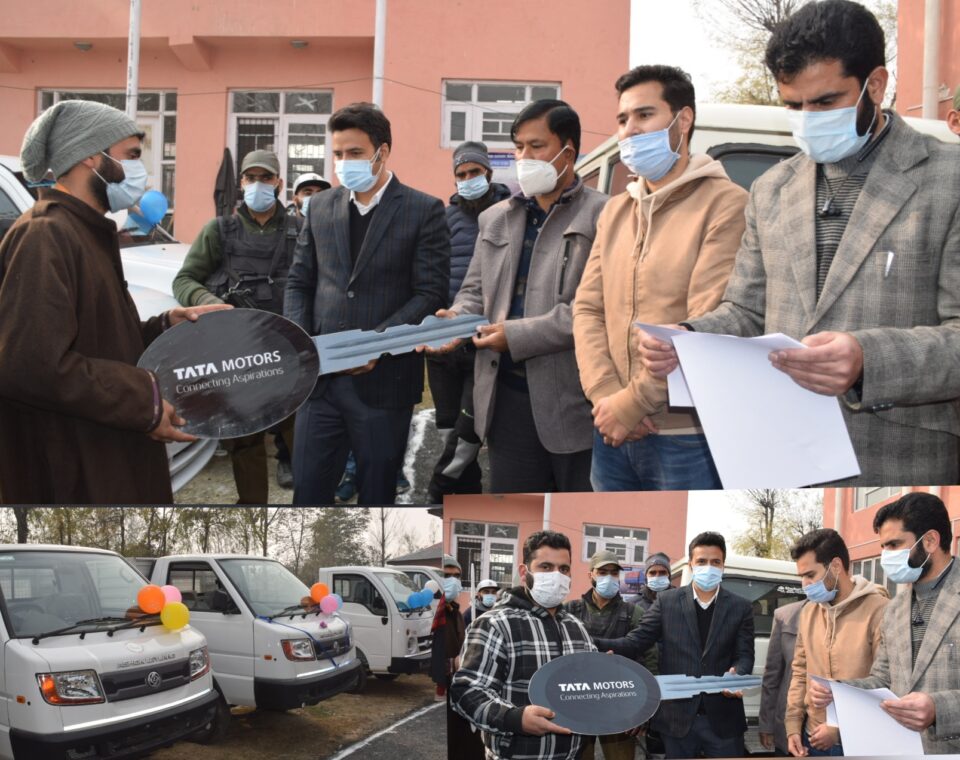 KULGAM, NOVEMBER 18 ( KINS): A total of 19, small commercial vehicles with the total on-road price of Rs. 154.45 lacs and subsidy amount of Rs. 29.20 lacs were today distributed among the unemployed youth of district under Mumkin scheme of Mission Youth programme at District Employment and Counseling Centre (DE&CC) Kulgam.

Among these, 09 vehicles each from Ashoka Leyland and Tata and 01 from Mahindra were given as per the choice of the candidates. Beneficiaries included 06 females also.

Speaking on the occasion, the DC said that Kulgam figures among one of the leading districts in UT to have sanctioned a good number of cases under the Mumkin scheme.

Meanwhile, Mumkin scheme has been launched by Lt Governor Manoj Sinha under Mission Youth programme to provide sustainable livelihood to unemployed youth of UT of Jammu and Kashmir. Under the Scheme, small commercial vehicles are provided to the unemployed youth of J&K with the total 20 percent subsidy of the on road price provided jointly by Government of Jammu and Kashmir and Vehicle Manufacturers.

Assistant Director (Employment) Kulgam, Dr.Adnan Tariq informed that so far 108 cases have been approved under Mumkin Scheme in the district and 71 small commercial vehicles to the beneficiaries were distributed with the total on-road price of Rs. 4.77 Cr. and the subsidy of Rs 79.25 lacs.