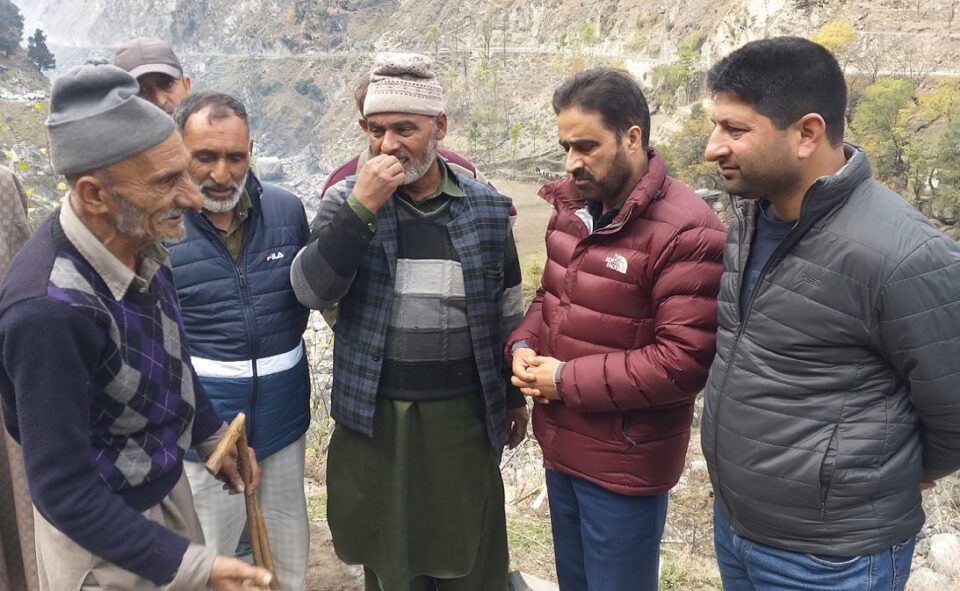 During the visit, Director, RDD Kashmir reviewed the implementation of RDD schemes and also took on spot appraisal of various works under execution in border areas of Amrohi, Sadpora, Ibkote,Teetwal ,Seemari and other areas falling in Karnah Sub Division.

A large number of public delegations also met the Director seeking his intervention and necessary directions in resolution of various issues pertaining to RDD sector and implementation of RDD schemes. People of Amrohi appreciated the intervention and efforts of the Department for taking up and completing the road connecting 3 remote hamlets with the Karnah Valley. Till date these hamlets had remained unconnected with Karnah Sub Division and people of the area faced lot of difficulties in their daily to and fro movements.

Director, RDD took a detailed review of the status of MGNREGA, PMAY-G and 14th FCA besides progress of works taken up under the Capex Budget (CD & Pyt Sector) and other RDD Schemes. Progress with regard to completion of works under Back to Village (B2V) Programme was also reviewed.

While stressing on timely completion of works, Director RDD impressed upon the officers to put in extra efforts in meeting the developmental timelines, aspirations of the people living in remote border areas and closely monitor the ongoing works ensuring quality standards. He also underscored the need to make general public made aware about the guidelines and benefits of the RDD Schemes under implementation. “Gram Sabhas should be regularly organized and PRIs actively involved in the developmental activities in each Panchayat”, Director reiterated.

Director, RDD also took spot appraisal of various ongoing and completed works including roads, foot paths, water harvesting tanks, public parks, Culverts, Zamindari khuls and other works. He also issued on spot instructions on the issues raised by the public calling upon the officers to address them in the right earnest.( KINS)

Advisor Bhatnagar reviews progress on implementation of JJM across J&K