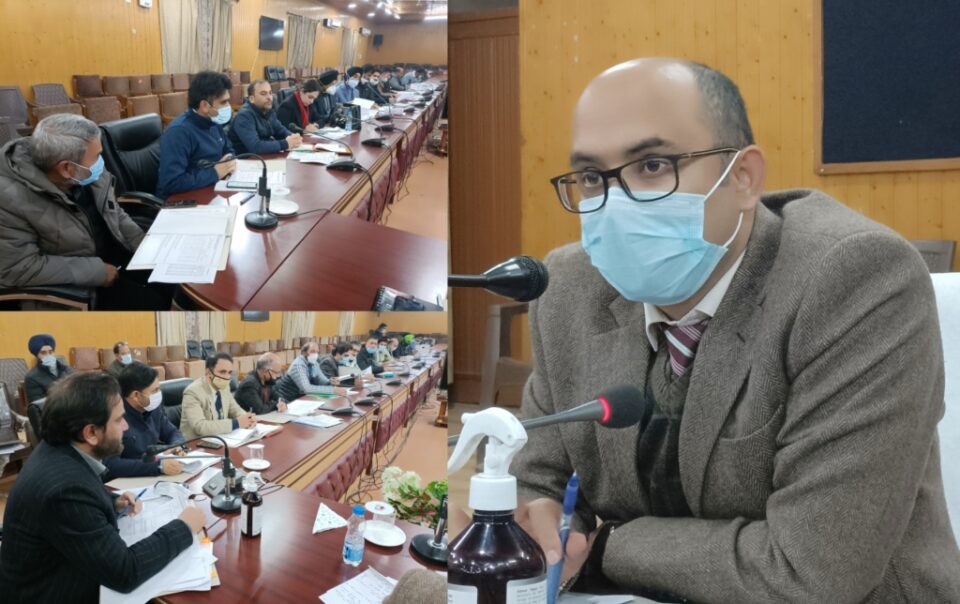 While taking a comprehensive and sector wise review of banks and other financial institutions, the DDC exhorted upon them to work in coordination and cohesion to achieve the goals and targets for development progress.

While Briefing chair about the performance of banks under Annual Credit Plan for Financial Year 2021-22, Lead Bank Manager informed that overall achievement under ACP stood at 1321.66 Crore against the target of 3728.97 Crore, under different sectors of Agriculture, MSME, Service Sector, Total Priority and Non Priority.

He informed the overall achievement under the Said sectors has remained 35 percent, and all banks in the district are working for measures to increase credit outflow to priority sectors and weaker sections of the society.

On the occasion, the DDC was also informed about the progress under different schemes of Mudra Loan, PMJJBY, PMSBY, PMJDY etc, during which DDC impressed upon the concerned that much is needed to be done in the district and there are many uncovered areas which is to be completed in a time bound manner.

The performance of Banks under PM-SVANidhi and MUMKIN Schemes were also discussed in the meeting, in which DDC exhorted banks to carry on these cases in Priority.

Bhupinder Kumar on the occasion said that Baramulla is an Aspirational district in which financial inclusion is one of the identified indicators. He stressed for conducting more awareness camps so that people are able to avail all the schemes meant for the well being and welfare of the general public.