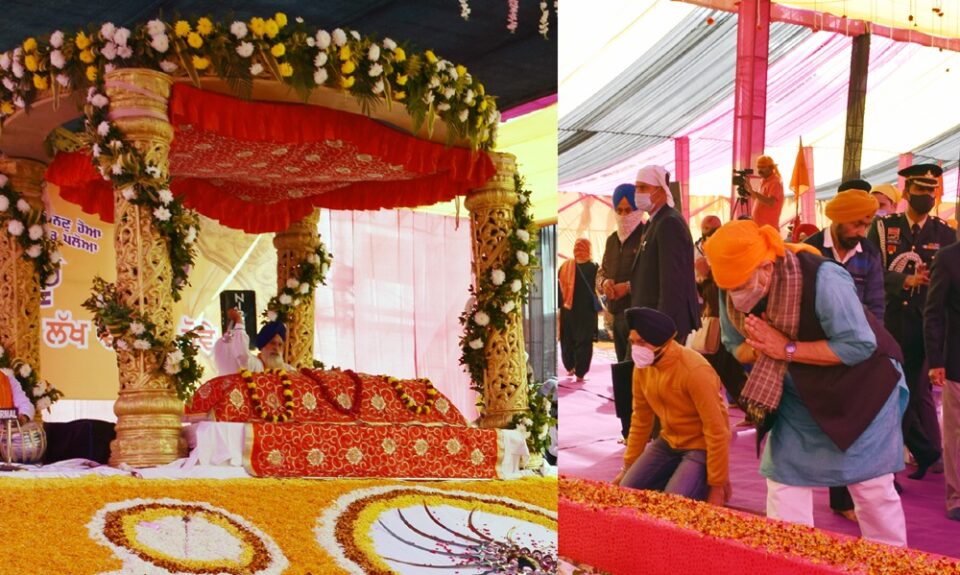 Addressing the gathering, the Lt Governor said that Guru Nanak Dev Ji placed the service of the people as first and foremost duty of human beings. The divine Guru believed and propagated selfless service as a priceless virtue. Every single word of his teachings is as relevant today as it was 500 years ago, he added.

The teachings of Guru Nanak Dev Ji are showing way to the entire humanity for the last 500 years, the Lt Governor observed.

The Lt Governor said that following the timeless message of Guru Ji’s teachings every man should serve the needy with complete dedication and devotion. The new generations must imbibe the great learnings propagated by Guru Nanak Ji to understand the purpose of human life and have a fulfilling life journey.

Saying that our ancestors considered religion as the basis of life, the Lt Governor observed that religion always connects and does not exclude. The Gurus had made countless sacrifices to protect this idea of the religion, he added.

“It is the duty of all of us to imbibe Guru Nanak Dev Ji’s mantra of contentment and human service in one’s own life and spread it to the masses”, the Lt Governor remarked.

The Lt Governor expressed gratitude towards Hon’ble Prime Minister Shri Narendra Modi for promoting selfless service as a national duty by making an action plan based on the teachings of revered Sikh Gurus. He said that it is a matter of happiness that Kartarpur Corridor has been opened before the Prakash Parv.

Lauding the efforts of Sikh community in Jammu and Kashmir during Covid, the Lt Governor said that they have actively served humanity with the blessings of the Gurus. “The work done by the Sikh community to provide food and ration to the people during Covid is an inspiration for the whole country”, he added.

Noting that many programs are being organized in the Azadi ka Amrit Mahotsav, the Lt Governor underscored the need to spread the vision of Guru Nanak Dev Ji to every nook and corner of the society.

Extending greetings on the auspicious occasion, the Lt Governor appealed to all to follow the path of truth, honesty, selfless service and devotion to god shown by Guru Nanak Dev Ji.( KINS)