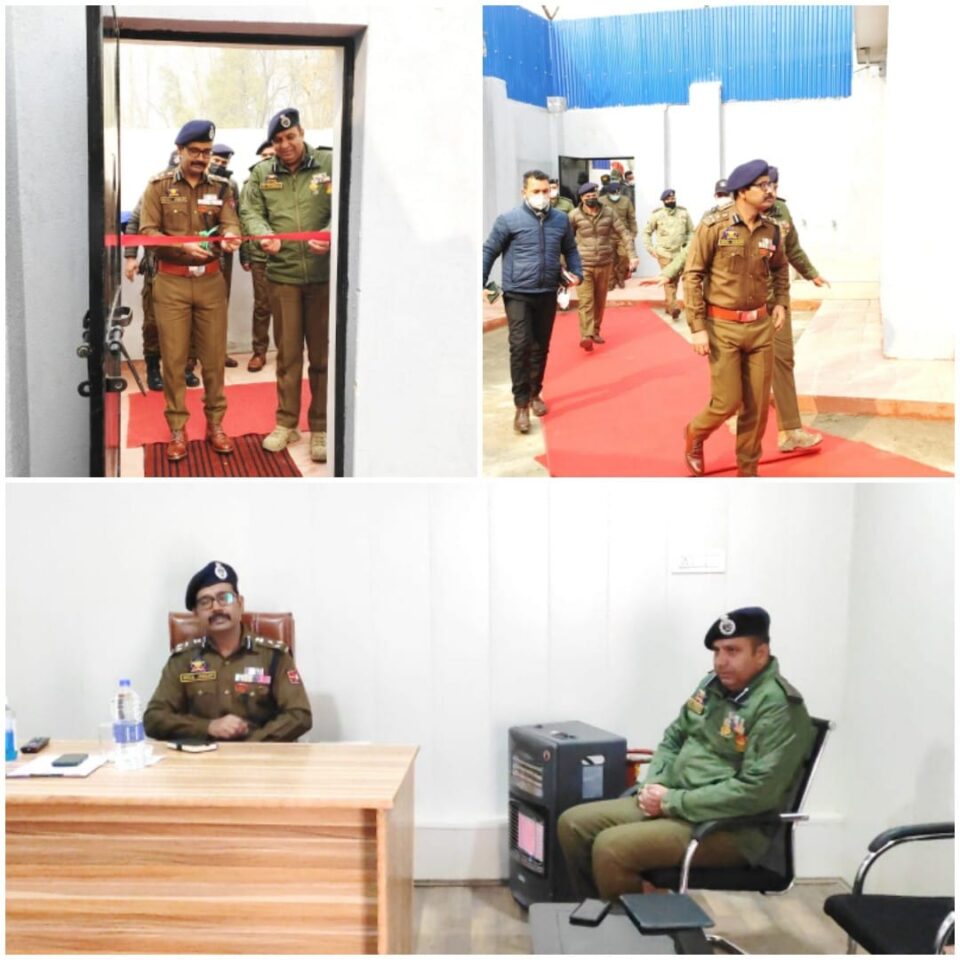 He said that synergy between all forces in the district is must to foil the evil designs of anti-peace elements.

He asked the officers that while dealing with any anti-militancy operation and law and order scenario, people should not face any inconvenience. He directed the officers to work with more dedication to curb the activities of elements inimical to peace.

SSP Awantipora  Mohammad Yousif and other officers briefed the DIG on the security measures taken for ensuring peaceful atmosphere in the district.

The DIG later inaugurated Joint Interrogation Centre(JIC), Awantipora. While inaugurating the facility he said  that investigations should be monitored regularly to get better results and asked the officers to fix priorities in curbing the crimes.(KINS)

Back to Village 3 : Lt Governor visits Kud of Udhampur district