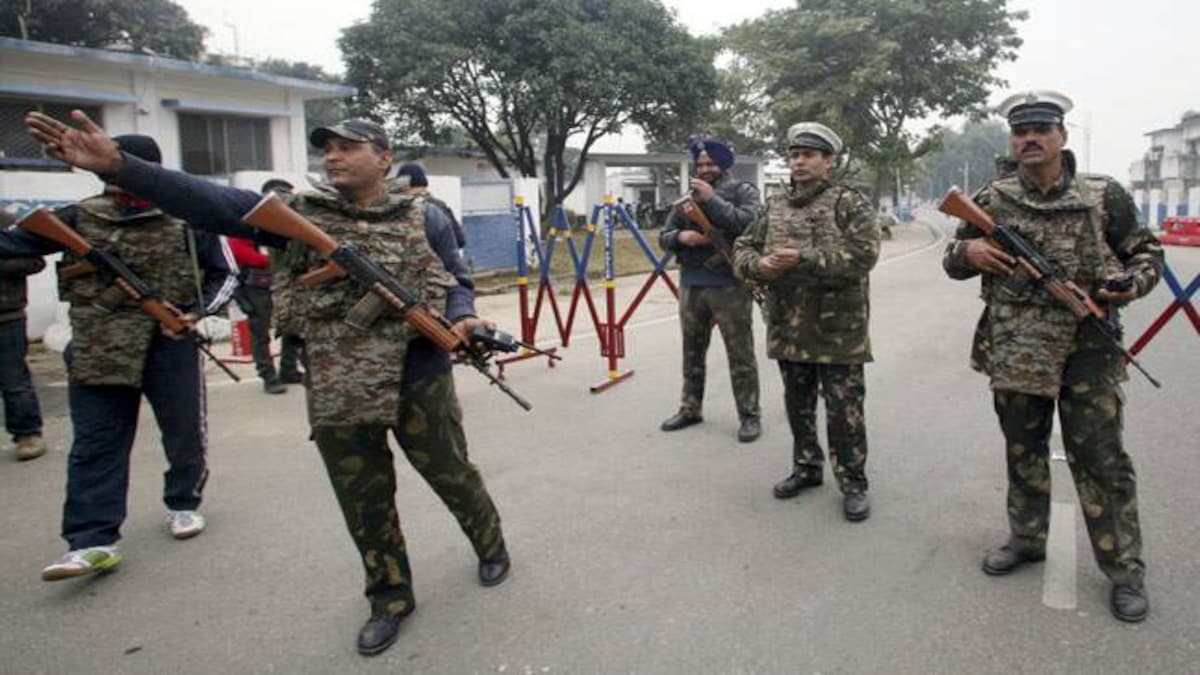 The low intensity blast was reported late Sunday outside the Triveni Gate of the cantonment in the strategically important border district of Punjab. Some unidentified motorcycle-borne youth lobbed the grenade in front of the military area, according to information from sources.
No casualty or any injury was reported in the blast, police said.
“Part of the grenade has also been recovered after the blast and is being investigated,” police added.
“The security has been further heightened at all entry and exit points of the district,” a senior police officer said here on Monday.
He said that all the vehicles, including private and commercial, are being thoroughly checked at all the entry points of Kathua district.
The bikers reportedly crossed the area in front of the camp late night and lobbed the grenade towards the gate, which exploded.
“The CCTV footage is being scrutinized to ascertain the facts,” said the SSP of Pathankot, Surendra Lamba. Strategically important Pathankot is part of Army’s Yol based Rising Star Corps. Pathankot district is one of the most important bases of the Indian Army.
It also has Indian Air Force Station, the Army’s ammunition depot and two armoured brigades and armoured units.
On January 2, 2016, terrorist attacked Pathankot Airbase in which one Lieutenant Colonel among seven soldiers were killed.