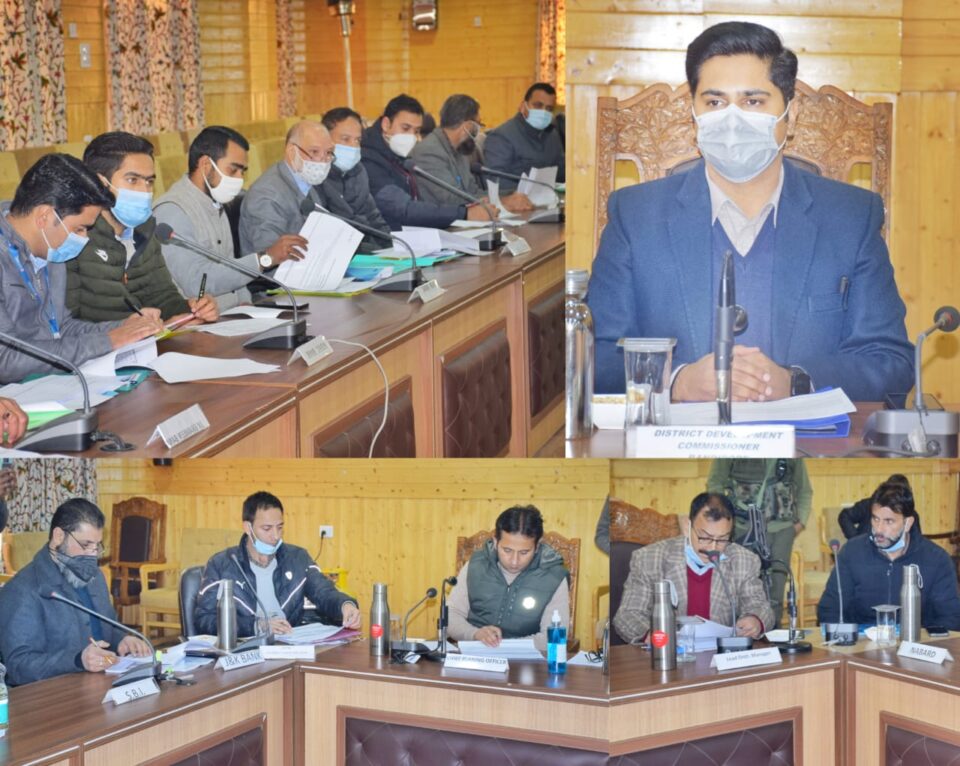 While reviewing the performance of Banks and Government departments under various schemes, the DC directed for speedy disposal for government sponsored cases. He advised all the banks and the sponsoring agencies to work in coordination and cohesion to achieve the goals and targets for development progress and eradication of unemployment.

Earlier, Lead District Manager presented the performance of all banks and line departments of the district for quarter that ended September 2021.

The DC was further informed that J&K Bank alone has disbursed Rs 128.38 cr under priority sector and Rs 116.89 crores under Non-priority sector aggregating to total credit of Rs 245.27 Cr against the yearly target of 444.23 Crores showing an achievement of 55 percent.

During the meeting, Dr Owais also took review of the awareness programmes being conducted by banks. He directed the Banks to increase the frequency of holding awareness programs in rural areas to make people aware about government sponsored schemes so that more people avail the benefit.

The DC impressed on concerned that much is needed to be done in the district and there are many uncovered areas in Banking Sector including Gurez valley.

He said the line departments have to be more proactive so that all the benefits are passed on to the grass roots level of the needy people.

FakeNewsAlert: No second positive case of Covid-19 in Srinagar