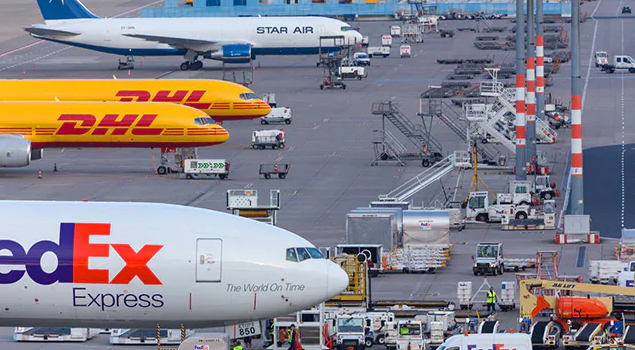 New Delhi:  Uttar Pradesh will soon become the only state in India to have five international airports with Prime Minister Narendra Modi set to lay the foundation stone of the Noida International Airport (NIA) in Jewar on Thursday.

The development of the airport is in line with the vision of Prime Minister Narendra Modi to boost connectivity and create a future-ready aviation sector, the Prime Minister’s Office (PMO) said in a statement today.

Uttar Pradesh is poised to become the only state in India to have five international airports as Prime Minister Modi will lay the foundation stone of the Noida International Airport in Jewar, Gautam Buddha Nagar, on November 25 at 1 pm, the PM’s Office said.

The development of the first phase of the airport is being done at a cost of over ₹ 10,050 crore, it said.

Spread over more than 1,300 hectares of land, the completed first phase of the airport will have the capacity to serve around 1.2 crore passengers a year and work on it is scheduled to be completed by 2024, it added.

It will be executed by international bidder Zurich Airport International AG as concessionaire.

The groundwork for the first phase regarding land acquisition and rehabilitation of the affected families has been completed, the statement said.

This airport will be the second international airport to come up in Delhi-NCR, it noted and added that it will help de-congest the Indira Gandhi International Airport.

It is strategically located and will serve the people of cities including Delhi, Noida, Ghaziabad, Aligarh, Agra, Faridabad and neighbouring areas, it said.

The airport will be the logistics gateway of northern India and due to its scale and capacity, it will be a game changer for Uttar Pradesh, the PM’s Office said.

It will unleash the potential of Uttar Pradesh to the world, and help establish the state on the global logistics map, it said.

For the first time, an airport in India has been conceptualised with an integrated multi-modal cargo hub, with a focus on reducing the total cost and time for logistics (Agenceis)

Noida Airport: For the first time, an airport in India has been conceptualised with an integrated multi-modal cargo hub, with a focus on reducing total cost and time for logistics. It will also feature a multi-modal transit hub, housing metro and high-speed rail stations, taxi, bus services.

Five held in Kerala for holding prayers at mosque