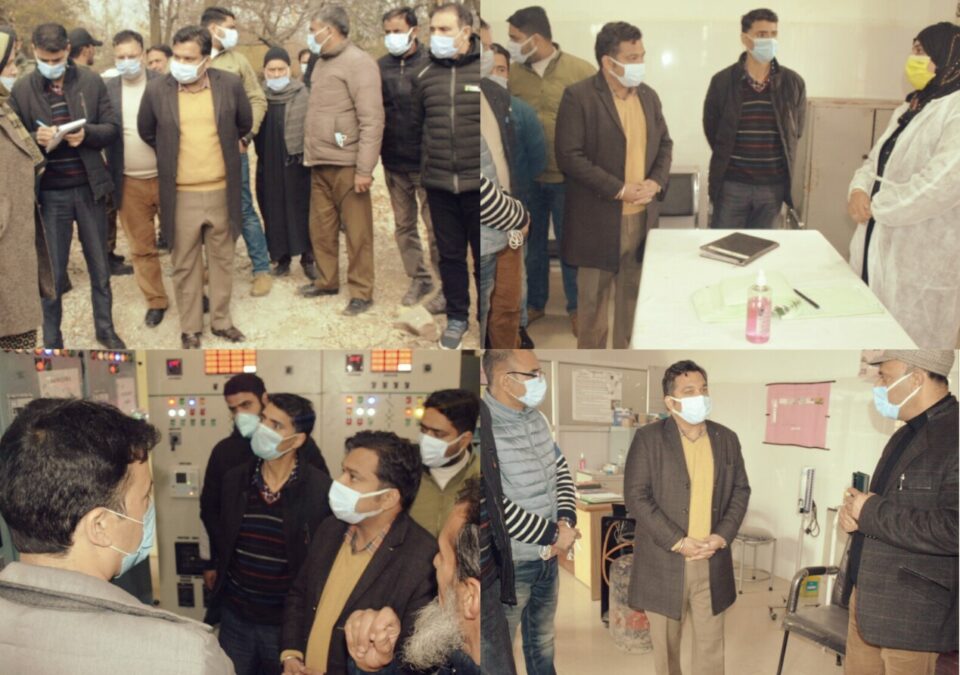 During the visit, Dr Singla held a public hearing to listen to the demands and grievances of local people gathered at the venue consisting of local population, PRI, civil society members besides people from adjoining areas.

Among the major demands put forth by the locals were augmentation of capacity of Lift Irrigation Scheme at Khiram, Solar backup for tube well motor, night facility for PHC Khiram, access to water for Khiram Kasnad Gujjar Basti, upgradation of middle school to high school and desiltation of lift irrigation scheme at Khadpora.

The DC gave a patient hearing to the public demands. He said that all development works are being reviewed on bi-weekly basis. He further directed BDO Dachnipora to initiate strict action against contractors delaying execution of works. He assured the locals that all works in the plan will be executed.

The DC appreciated the PRIs and Block Development Officer for the promptness in execution of developmental works. He further asked PRIs to inspect the ongoing works and promote the practice of social auditing.

Earlier, Dr Singla inspected the multipurpose indoor stadium at Bijbehara and associated sports complex, being constructed at a cost of Rs 11.5 crores under Languishing Projects and PMDP. The DC issued directions to immediately throw the facility open for utilization by youth.

Dr Singla also paid obeisance at the Pracheen Cave of Lord Amarnath situated at Thajiwara. He inspected the protraction wall being constructed by RDD. He also issued directions for erecting fencing to the historic monument.

During surprise visit to PHC Khiram, Piyush Singla inspected the General OPD, Pharmacy and Dental OPD. He interacted with patients and ASHA workers and briefed them about ‘one person one golden card’ initiative. He issued directions to SDM and BMO to expedite the registration process.

Dr Singla also visited the Service Reservoir for WSS Durpora Khiram. Having a capacity of 40000 gallons, the reservoir will be functional within the next month and shall benefit more than 3000 people.( KINS)

Exchange of fire at LOC in Tangdhar Kupwara