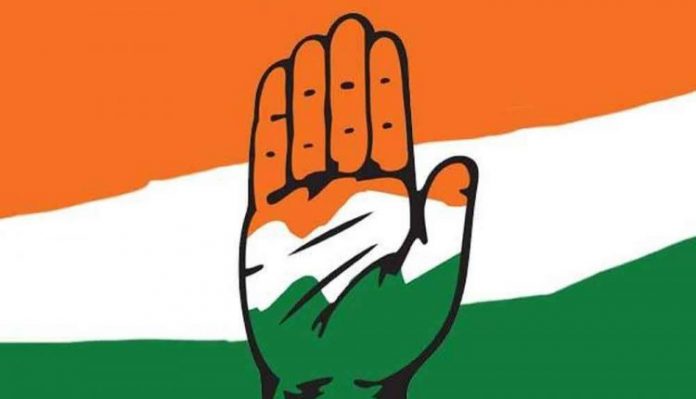 Jammu , Nov 24 ( KINS )With 23 Congress leaders in Jammu-Kashmir resigning from their posts seeking replacement of J&K Congress president G A Mir with senior leader Ghulam Nabi Azad, Congress is facing crises in J&K. The leaders say if the party wouldn’t listen to them, they will not hesitate to explore other options.

The resignation letter has come to the fore at a time when former Chief Minister Ghulam Nabi Azad is holding rallies in Jammu that witnesses huge participation from Congress workers.

“We had sent a resignation letter to Congress high command some 25 days ago asking for replacement of J&K Pradesh Congress Committee president G A Mir. But somehow we feel it was leaked by the Pradesh Congress Committee office at a time when Azad Sahab was holding rallies to link our move with Azad sahab’s rallies. It is the move by Congress leaders of J&K. We are seeking strong and credible leadership for Congress in J&K,” former Minister and senior Congress leader G.M Saroori told Outlook.

Congress leader Vaqar Rasool told Outlook that they have been asking for a change of the party president for the past four years as the party’s performance in J&K has hit its nadir under Mir. “I don’t know what they see in Mir Sahab that they don’t replace him. We have no grudge against Mir Sahab but his continuous presence at the helm has led to party’s continuous fall,” Vaqar added. Mir is widely seen as Sonia Gandhi loyalist in the party.

Rasool said the Congress high command should give serious thought to the letter and concede to the demands of Congress workers. He said Congress would only rise once Ghulam Nabi Azad would be made president of J&K and it is under his leadership the party should fight elections in J&K. He said if the high command wouldn’t listen to them, then they will explore options. “Elections are coming up. If you are strong in Assembly elections, then you can have a say on the affairs of J&K. If Assembly is not in your hand, then where you will go,” he added.

Congress leaders say Mir has been holding the post of the president despite him and his son losing the Lok Sabha and DDC polls respectively. Saroori said Mir was supposed to be there for three years. “Now he has been there for seven years and the party’s performance hasn’t improved in these seven years,” Saroori said. He said only a credible leader of Azad’s stature has the potential to lead the party. Mir was not available for comment despite repeated calls.( COURTESY OUTLOOKINDIA.COM )

Biometric attendance should be compulsory feature of Universities: Governor