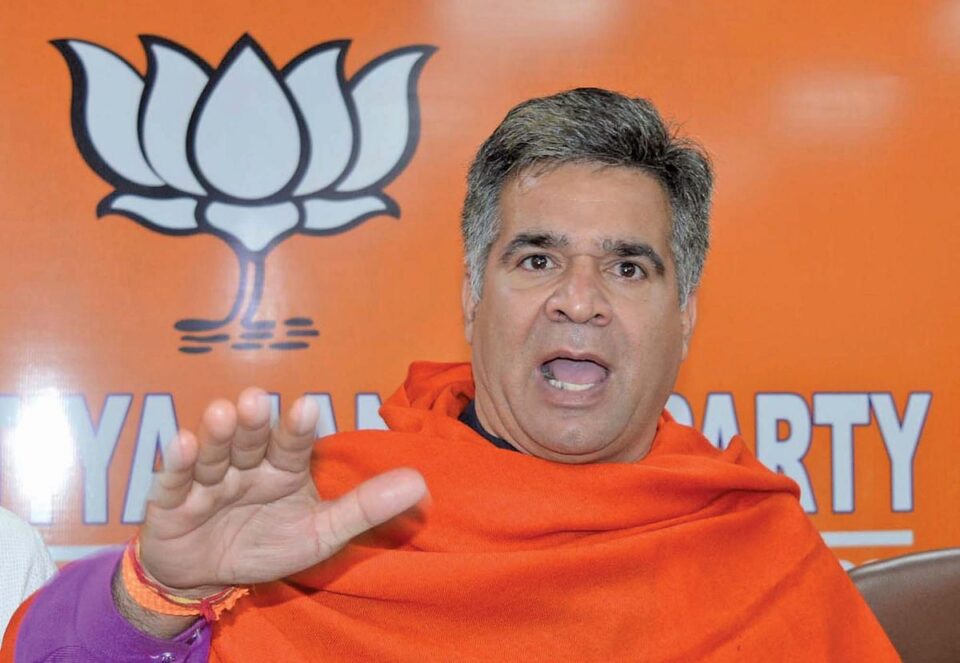 Tangadar, Kupwar, Nov 25 ( KINS): Addressing a huge public gathering in Tangadar in Kupwara District of Kashmir, J&K Bharatiya Janata Party President Ravinder Raina said that the next government in Jammu and Kashmir will be of the Bharatiya Janata Party.
Ravinder Raina while addressing the rally said that NC, PDP & Congress failed miserably to address the genuine issues of common masses for decades together. And while they utterly failed in doing so, they were busy amassing their own wealth on the cost of the needy common masses, he said and added that people have out-rightly rejected these corrupt parties and even their senior leaders are now abandoning these family based parties in search of better platforms to serve the masses sincerely.
Raina said that prominent persons from political and social background from Jammu as well as Kashmir region are daily joining the BJP which speaks enormously of the success of the party in winning the hearts of people.
Ravinder Raina added that the common people from all the regions and communities have built up strong belief that BJP with its strong and dedicated leadership will address their all unattended issues. He said that Prime Minister Narendra Modi government has worked hard to ensure benefits to every needy person irrespective of region or religion without any prejudice. He also said that going by the principle of “Sabka Saath, Sabka Vikaas and Sabka Vishwaas”, Modi government has ensured unprecedented development in Jammu & Kashmir. “Now the people of Jammu & Kashmir have decided to support Bharatiya Janata Party in the next election and thus contribute in helping us to form next government”, he added.

LG for ‘no significant’ posting to tainted government officials

Some people were not part of India’s grief: PM Modi slams Opposition over Pulwama attack

Post-paid phone Restoration: Hello From Kashmir; Recharge From Outside