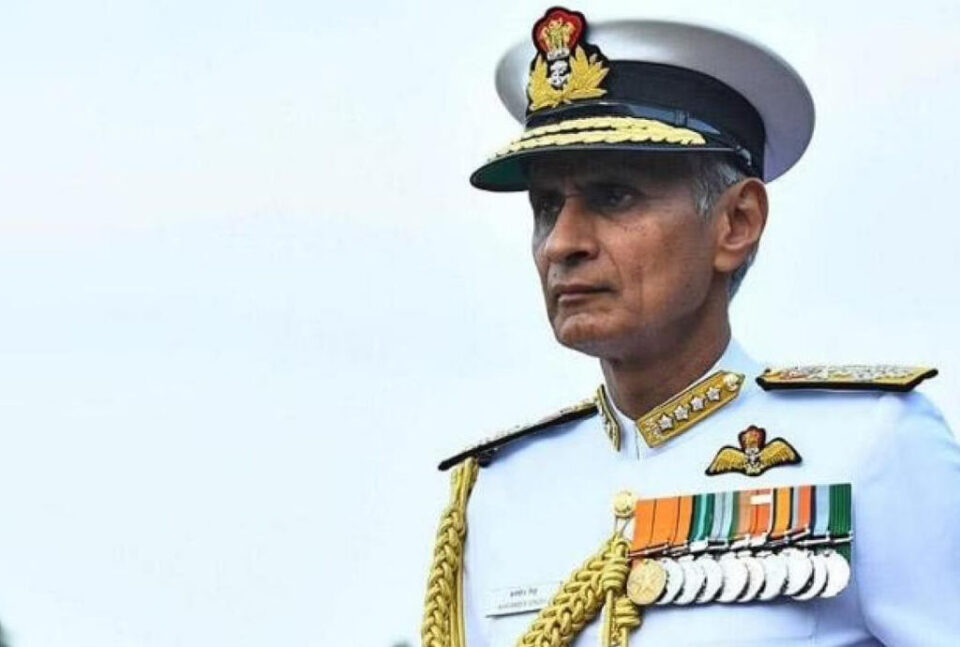 Mumbai , NOV 25 ( KINS): China is exporting a lot of military hardware like ships and submarines to Pakistan and it will affect security dynamics in the region, Navy chief Admiral Karambir Singh said on Thursday.

The Indian Navy has to be prepared for this development, he said, adding India is closely watching the naval cooperation between Pakistan and China.

A lot of hardware is being exported to Pakistan from China, like ships and submarines. This will affect a lot the security dynamics here. We have to be prepared for this, Admiral Singh said.

He was responding to a question on China delivering Pakistan its largest and most advanced warship earlier this month, during a media interaction after commissioning of Scorpene class submarine INS Vela here.

Designed and built by China State Shipbuilding Corporation Limited (CSSC), the frigate was delivered to the Pakistan Navy in a commissioning ceremony in Shanghai. The Type 054A/P frigate was named the PNS Tughril.

China is also a very important defence partner for Pakistan, providing it crucial military hardware and other equipment.

Often dubbed as the all-weather ally of Pakistan, China has been beefing up its presence in the Arabian Sea and the Indian Ocean in the recent years. Navy sources said there have been no operations either by the Chinese Navy or research vessels in India’s Exclusive Economic Zone since the beginning of the coronavirus pandemic last year.

In response to another question on Chinese Navy activities in the Indian Ocean Region, Admiral Singh said it has been operating in the Gulf of Aden in 2008 for the anti-piracy patrol. We have had their submarines coming in (in the IOR) at regular intervals in the past. As of now, most of the Chinese activities are centred around their research vessel, their intelligence gathering and their survey vessels. We are monitoring that very carefully, the Navy chief added.

He noted that the P8i maritime reconnaissance anti-submarine patrol aircraft has been a real force multiplier for India along with the Sea Guardian drones, leased from the US.

The P8is and Sea Guardians have been keeping a very close watch in the Indian Ocean Region because of their reach and their ability to sustain in an area for a long time, he said. (KINS)

Four JeM Militants Nabbed Between 2014-17 Were Trained At Balakot

NIA to grill arrested Kashmir couple for alleged IS link

Modi showed Pak its place by abrogating Art 370, 35A: Shah