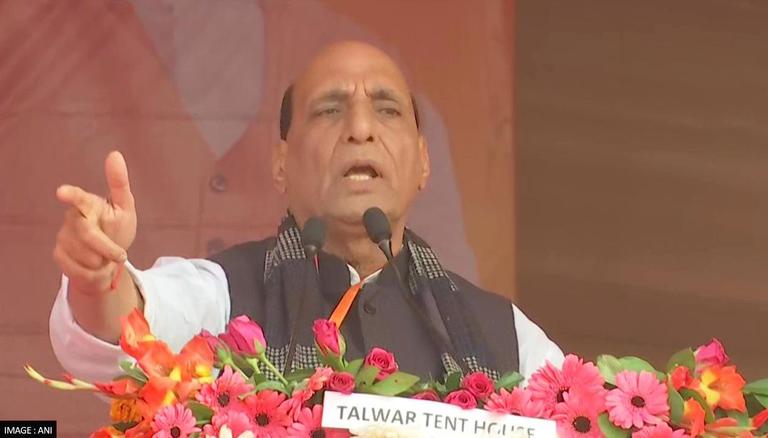 New Delhi, Nov 25 ( KINS) Union Defense Minister Rajnath Singh, who is in Uttar Pradesh’s Sitapur district, on Thursday said that India has never attacked any country first. However, he said, if provoked, he will not leave them, citing Pulwama and URI strikes.

“We never attacked any country of the world. We never captured even a single inch of any country, but when someone attacked we did surgical strikes. We will not leave them will never spare them,” Rajnath Singh said.

He stated that Pulwama and URI are the biggest examples of such replies. Moreover, he warned, “We are able to do attacks in your soil too.”

Rajnath Singh said that the defence corridor, whose foundation stone was laid down by Prime Minister Narendra Modi will strengthen the country. The centre has decided to set up two defence Industrial corridors in the country- one in Uttar Pradesh and the other in Tamil Nadu.

The UP Defence Industrial corridor has nodes at Aligarh, Agra, Jhansi, Chitrakoot, Kanpur and Lucknow. For the Jhansi node, the stage government has made around 1,034 hectares of land made available.

Bharat Dynamics Ltd is setting up a plant for the propulsion system for ATGM (Anti-Tank Guided Missiles). It will be spread over 183 acres of land in Jhansi.

The Defence Ministry has taken several initiatives to make India self-reliant in the defence sector. These include the issue of positive indigenisation lists, promotion of startups under the Innovations For Defense Excellence (iDEX) initiative. Earmarking of 64% of capital procurement budget for the domestic industry, speeding up of capital acquisition process and setting up of Defence Industrial Corridors among others.( KINS)

India to continue growing at fastest pace; could be second-largest economy by 2030: PM