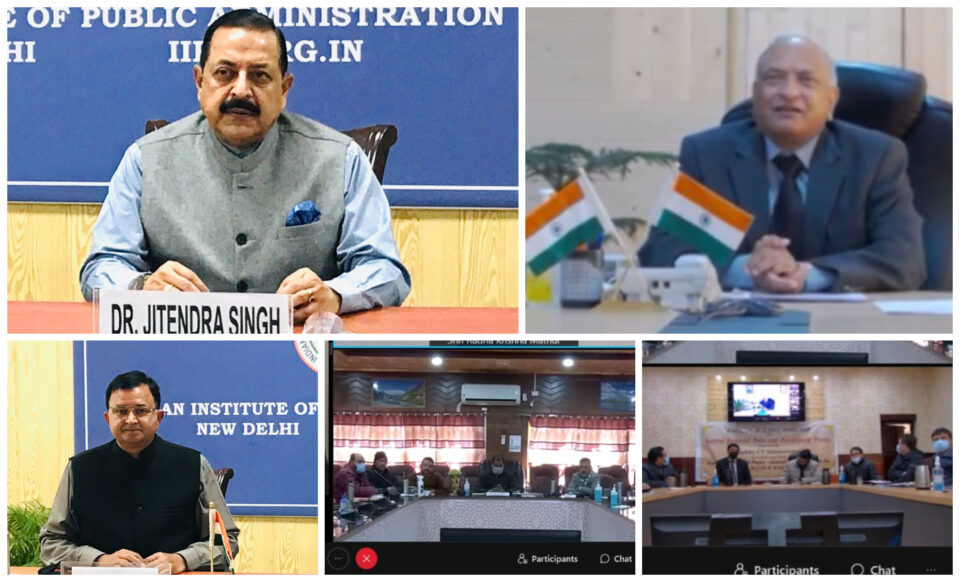 Dr Jitendra Singh said that the Capacity Building Programme on GFR and Procurement for the Administrative Officers of Ladakh will help the new UT in building completely new Administrative Structure, as after creation of a separate UT of Ladakh, the administration has shifted as per the Rules of Central Govt. He said, the Central Govt. Rules like General Financial Rules, Central Govt. Manual of Procurement, Conduct Rules etc. are now being followed in Ladakh instead of earlier J&K State Govt. Rules. The Minister said, in future also, such training programs will be conducted for Ladakh and assured all support on behalf of IIPA.

Earlier, in September this year Dr Jitendra Singh inaugurated a two-day workshop on Capacity Building for Ladakh Officials at Leh organized by DAR& PG. He underlined that Prime Minister is personally pushing out in every Central Ministry and Department the development paradigm of Ladakh. He also informed that every citizen of Ladakh can now redress his or her grievance through CPGRAMS as it has become operative in Ladakh.

Dr Jitendra Singh said that workshop on Capacity Building was the first ever such event being held in Ladakh, to empower the Government officials to become fully familiar with the Union laws on procurement and financial management, Central Secretariat Manual of Office Procedure(CSMOP), eOffice, adoption of GeM and digital governance. Referring to Prime Minister’s 3 basic tenets of Reforms-Minimum Government-Maximum Governance, shift from rule based to role based approach and next generation reforms.

It may be noted that General Financial Rules (GFRs) are a compilation of rules and orders of Government of India to be followed by all while dealing with matters involving public finances. These rules and orders are treated as executive instructions to be observed by all Departments and Organisations under the Government and specified Bodies except otherwise provided for in these Rules. General Financial Rules were issued for the first time in 1947 bringing together in one place all existing orders and instructions pertaining to financial matters. These have subsequently been modified and issued as GFRs 1963 and GFRs 2005. In the last few years, Government has made many innovative changes in the way it conducts its business.( KINS)

Only 2 from outside Jammu & Kashmir purchased assets since 2019 move, MHA tells Lok Sabha