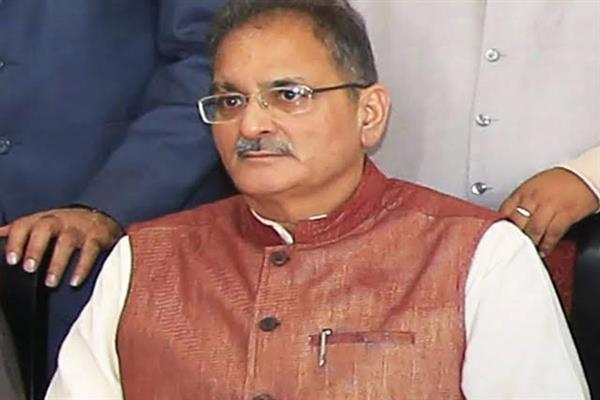 In a statement issued to media persons, the senior BJP leader said that the JKP and other security forces stationed in UT of Jammu and Kashmir are doing yeoman’s job in containing the nefarious designs of Pakistan especially with regard to spread of terrorism and ruining the future of the youths through abetting the smuggling of narcotics. He said that security forces including JKP are playing significant role in eliminating militants  along the borders and in hinterland besides countering other attempts of Pakistan for creating unrest in the country especially in J&K.

Kavinder Gupta said that seizure of Rs 100 crore narcotics is a big feat for JKP as the consignment would have been used to get funds for vitiating the atmosphere besides spoiling the future of the generation next. He said that JKP deserves kudos for the same.

The former Deputy Chief Minister warned Pakistan that India will never allow its ill conceived plans to take a concrete shape and therefore it is advisable for the rogue nation to desist from continuing smuggling of arms and ammunition besides pushing in narcotics to provide funding to terror networks active in the Valley and elsewhere. He said that the zero tolerance policy of security forces in the Valley is bearing fruits and the success of JKP in foiling the bid to smuggle heroin consignment is the testimony to this fact. He said that the BJP Government under PM Narendra Modi is strong enough to give a befitting reply to those entities which are working against the country and therefore all the attempts by the enemy nation will be foiled without any fail.( KINS)