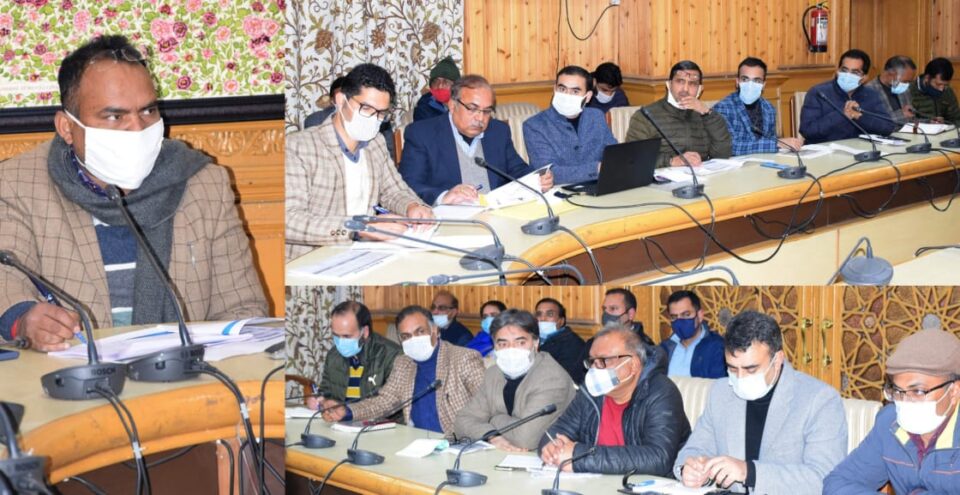 During the meeting the concerned officers of NHIDCL, NHAI and others gave Power Point  Presentations of  physical  and financial status of their respective projects including expected date of completion of the projects and also flagged the pending issues.

On the Occasion, the Divisional Commissioner directed NHIDCL officers to prepare a month wise schedule of work to be executed at  Z Mohr tunnel as the project is expected to be completed six months before the due date.

While reviewing the progress on Zojila tunnel, he directed the preparation of a plan to put 100%  men and machinery on work during the winter. On the occasion, NHIDCL flagged two issues including working permission BRO Bypass and disbursement of compensatory funds by CALA.

Meanwhile, he directed NHAI officers to put railing on the sides of culvert on the Baramulla Gulmarg Road. It was informed that major works have been completed except ATS building and service Road for which land acquisition is in progress.