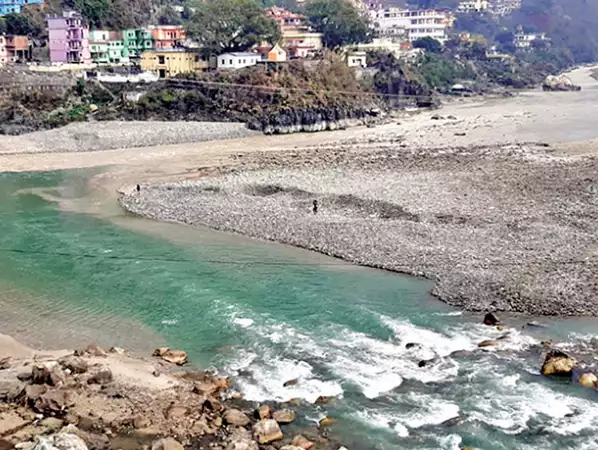 Srinagar Nov 27 (KINS): The Uttrakhand tragedy which occurred in February this year has raised a fear among people with experts predicting the possibility of bursting of dams in Jammu and Kashmir.   The February 2021 flash floods in Uttrakhand left over 70 people dead. Like Uttrakhand, there are a large number of dams in Jammu and Kashmir where electricity is generated and being supplied to various parts of the country.

Muneer Ahmad, who teaches Earth Sciences said snow avalanches are a common feature in higher Himalayas including in Uttrakhand and Jammu and Kashmir.

He said climatologists have always opposed construction of dams on higher reaches. “When we construct any dam, we dump steel, iron, and these things retain heat resulting in an increase in temperature and disturb the environment leading to Uttrakhand like incidents. The Chenab valley in Jammu and Kashmir is vulnerable for Uttrakhand-like incidents as rocks have developed cracks there due to frequent earthquakes and blasting,” he said.

He said there is also the possibility of floods like 2014 in Kashmir due to less carrying capacity in water bodies as Kashmir receives continuous rain for many days now due to climate change.

According to Shakil Ahmad Romshoo, an earth sciences professor, the Indian Himalayas contain 12,000 glaciers forming 2,000 glacial lakes, of which at least 200 are vulnerable to breaching. Glacial lake outburst flooding (GLOF) is the term scientists use to describe when the water level of these lakes breach their boundaries, which can cause large amounts of water to flow into nearby stream and rivers, creating flash floods.

“There is a potential threat of glacier lake outburst in Chenab valley of Jammu region and Zanskar area of Ladakh,” Romshoo had said.

In May 2015, a flash flood triggered by the breaching of a glacial lake in Zanskar damaged several bridges and buildings  — and displaced more than 3,000 people. Kashmir, too, was hit by a similar flood in 2014 that killed around 300 people and damaged hundreds of houses.

In North Kashmir’s Bandipora, people living near 330 megawatts Kishenganga hydroelectric project, fear that flash floods could occur in the area any time.

“The dam is spread around 4 kilometres and is on the upper reaches. But there are at least four villages including Kanzalwan, Zalinpora, Chuntipora, Gulshanpora which lie in the plains. If the dam gets breached any time due to frequent earthquakes, flash water will wash away all these villages. Government should relocate people from these areas,” said Shahid Ahmad, a local of Bandipora told news agency KINS

Similarly in Chenab belt of Jammu region, experts said there is an imminent threat of bursting of water bodies due to frequent earthquakes as rocks have loosened. (KINS)

Who will stop Conversion of agriculture land in JK?

No attempt to spoil reputation of JK Bank will be allowed to succeed: AIJKBOF

Over 5,000 arrested in Jammu and Kashmir since August 5: Govt