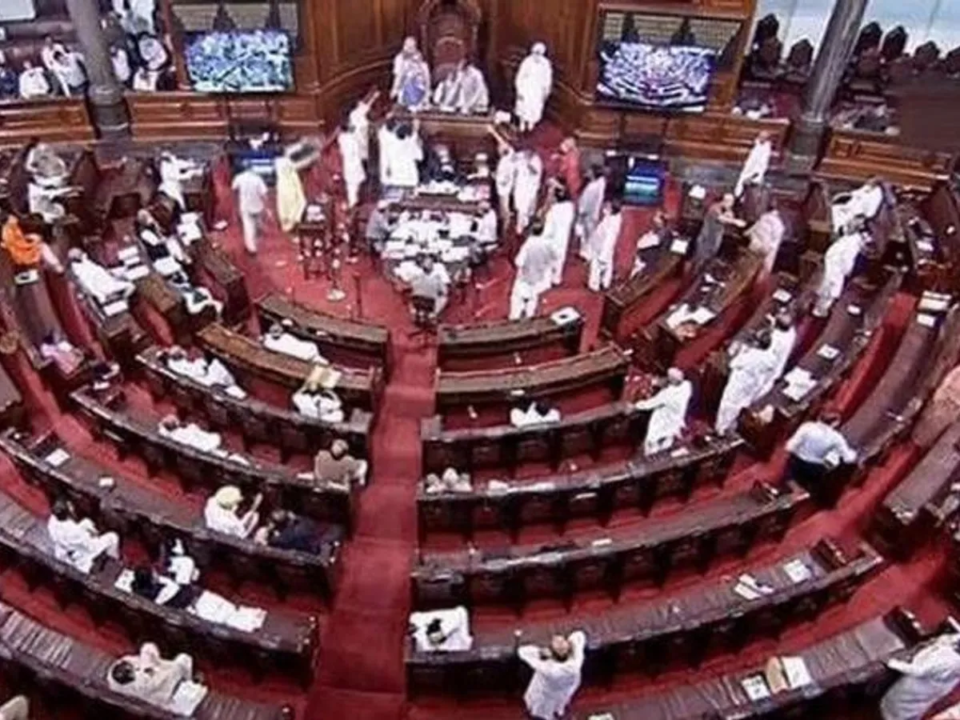 New Delhi, Nov 29 ( KINS): Rajya Sabha on the first day of its business for the Winter Session on Monday suspended 12 of its members for the rest of the current session on account of ‘unruly and violent behaviour’ during the Monsoon Session of Parliament.

The suspended MPs include six from Congress, two each from TMC and Shiv Sena and one each from CPM and CPI.

The action has been taken against them for the ‘indiscipline’ in the monsoon session of the house.

The suspension notice issued of the first day of the Winter Session read, “That this House takes cognisance and strongly condemns the utter disregard to the authority of the Chai, complete abuse of rules of the House persistently thereby wilfully obstructing the business of House through their unprecedented acts of misconduct, contemptuous, unruly and violent behaviour and intentional attacks on security personnel on the last day of 254th Session of Rajya Sabha (Monsoon Session) i.e, August 11 thereby lowering the dignity of and bringing disrepute to the August House by the following members and resolves, for above compelling reasons, to suspend these members from the service of the House for the remainder of the 255th session under rule 256 of Rules of Procedure and Conduct of Business in Rajya Sabha.”

Reacting to the suspension, Shiv Sena’s Priyanka Chaturvedi said, “From District Court to Supreme Court, an accused is heard even there, lawyers are provided for them too, sometimes government officials are sent to take their version. Here our version was not taken.”

“If you see the CCTV footage it has been recorded how male marshals were jostling female MPs. All of this on one side and your decision on the other? What kind of unparliamentary behaviour is this?” she added.

Congress’ Chhaya Verma termed the suspension “unfair and unjust” and said, “There were other members from other parties who created a ruckus but the chairman suspended me. PM Modi is doing just as he wishes since he enjoys a brute majority.”

“We have not been given the opportunity to be heard. This is a one-sided, biased, vindictive decision. Opposition parties have not been consulted,” he said.

Both Lok Sabha and Rajya Sabha witnessed ruckus on Monday, with sloganeering by Opposition MPs. They were demanding a discussion on the Bill to repeal the three farm laws.

Meanwhile, the ‘Farm Laws Repeal Bill 2021’ was passed by the Lok Sabha on Monday.

In an address to the nation on November 19, Prime Minister Narendra Modi announced the repealing of the three Central farm laws on the day of Guru Nanak Jayanti. The bill was cleared by the Union Cabinet last week.

The winter session of Parliament is scheduled to conclude on December 23. (KINS)

Leave past behind, return to campus: JNU VC to students

Mission can be rescheduled again: Jitendra Singh after GSLV fails to inject EOS-03 satellite in orbit