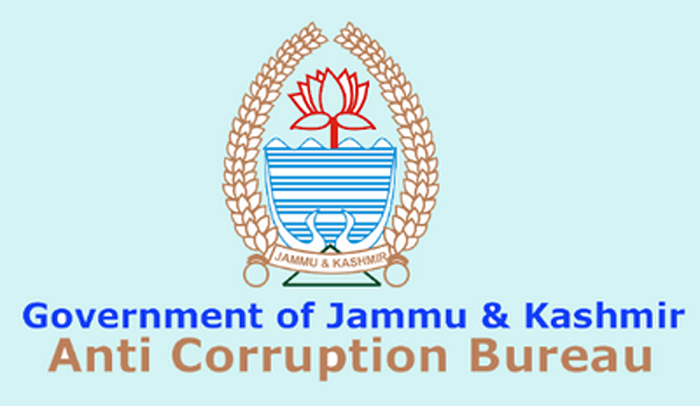 Brief facts of the case are that on 29-04-2019 on the basis of a written complaint a successful trap was laid against Anil Kumar, the then GRS Panchayat Halqa Chigla Balota, Block Kulwanta, Udhampur and during trap the said GRS was caught red handed by the trap team while demanding and accepting of Rs. 8000/- from the complainant in presence of independent witnesses. The accused was arrested in the said case and subsequently bailed out by the Hon’ble court.

During the course of investigation, it has prima facie established that the accused Anil Kumar, then GRS and Ved Bhushan, then JE RDD Block Kulwanta, Ramnagar District Udhampur by abuse of their official position as public servant had demanded and accepted an illegal gratification of Rs. 8000/- from the complainant for preparation of bills of work construction of water tanki in Morha Dabbar W.No. 5, Balot Chigla. After completion of the investigation the case was processed for obtaining Govt. sanction from the competent authority and after obtaining the sanction, the case was challaned in the competent court for judicial determination.

Nation is grateful to doctors for their selfless service: LG Manoj Sinha