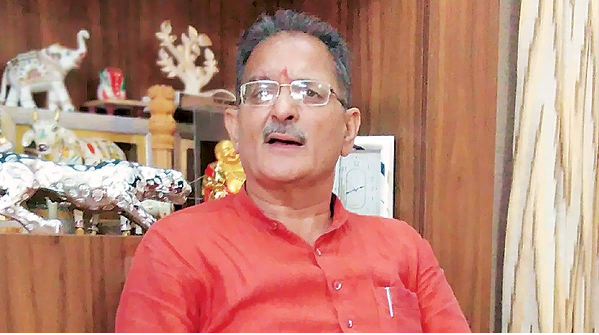 Jammu , Nov 29 ( KINS) Senior BJP leader and former deputy chief minister Kavinder Gupta on Monday said that NC leader Omar Abdullah is depicting youths of Kashmir in bad light just to satiate his own political motives as his party has lost relevance after BJP government put an end to Article 370 and has started winning hearts of people by realizing colossal development in every nook and corner of the Union Territory.

In a statement issued to media persons here, the BJP stalwart said that both Omar and NC Patron Farooq Abdullah have a habit to start taking the side of enemy nation Pakistan as they don’t possess anything to showcase as far as their achievements during their tenures in government. He said as Omar is losing turf ahead of polls, he is blaming local youths for the tmilitancy  giving a clean chit to Pakistan despite knowing well that unrest in the Valley is only because of the rogue nation situated in west of the country. He said that Kashmir centric leaders should take a cue from Ghulam Nabi Azad over the demand of reinstalling Article 370. He said that the political maturity shown by Azad Sahib is exemplary and people in the Valley should benefit from his political acumen. He said that Omar is shirking to name Pakistan for the ordeal of Kashmiris and Farooq wants India to have dialogue with Pakistan confusing the people whether these two leaders belong to India or representing Pakistan while staying in India. He said that Omar don’t want to see the gigantic trail of development taking place in J&K under BJP government and is working as a mouthpiece of Pakistan by making failed attempts to find flaws and faults of the government and ignoring the work done for the better life of the people. He said that Omar is a leader who finds hero in Burhan Wani but the heroism of hundreds of soldiers of army and paramilitary never impressed him as he never uttered a word praising their sacrifices and valour. He said that Omar in a way stopping the Kashmiri youths to join mainstream as this will close down their shops because their politics only flourishes when there is unrest in the Valley. “BJP Government under PM Modi will not let this happen as bringing peace and prosperity is its top priority and no force on earth can stop this from becoming a reality”, he added.( KINS)

No proposal to recognise Bitcoin as a currency: Nirmala Sitharaman