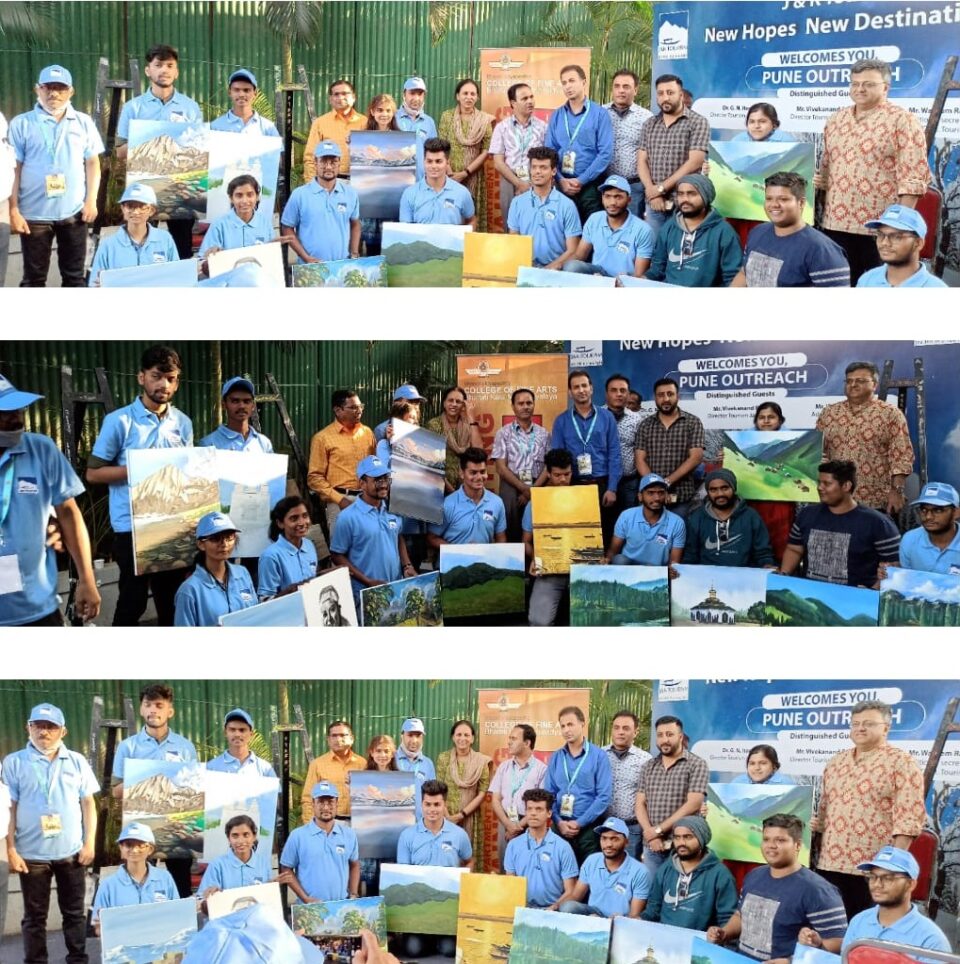 SRINAGAR, NOVEMBER 29 ( KINS): Promoting tourism through art and as part of its outreach programme with travel fraternity of Pune, the Department of Tourism organised a painting competition titled “Drawing Paradise” at Deccan College Pune in which students from various city colleges participated.

Students of Bharati Vidyapeeth College of Fine Arts participated in the competition and portrayed different off-beat tourist destinations of J&K. The drawing competition was organised on the sidelines of the India International Travel Mart  Pune and became a major attraction at the travel Mart as it grabbed attention of incoming visitors.

Director, Tourism, Kashmir, Dr. G N Itoo visited the venue and encouraged the students for participating in the competition. He distributed prizes among the winners.

The highlight of the competition was portrayal of landscape of Sonamarg by a 12 year old artist.

On the occasion, the Director Tourism said that the Department is planning to promote the 75 mesmerising but lesser-known destinations in a big way and to encourage Pune-based holidaymakers to visit the Union Territory. He also informed of several other measures taken by the Department for the revival of the tourism sector which have resulted in record domestic tourist footfall during previous months.

The event was aimed at showcasing the tourist attractions of the UT and to invite travellers to visit J&K. Also the programme was part of the extensive promotional campaign launched this year by the Department across several major cities and markets across the country which has yielded encouraging results.( KINS)

World’s 1st Coronavirus Vaccine Is Ready For Human Testing, And It Will Help Save Lives