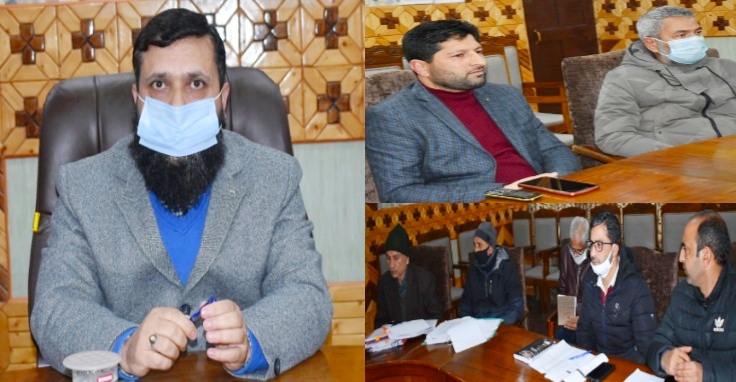 Addressing the meeting, the Chairman DDC said that the objective of the meeting is to review the pace of progress under current financial year’s District Capex Budget.

The Chairman stressed upon the officers to work with added dedication and ensure that all target works could be completed, keeping in view the winter season. He directed them to ensure that 75 percent expenditure should be made by 21 of December this year.

The Vice Chairman in his address asked for availability of buffer stock of Transformers so that people do not suffer any inconvenience in case of damage of Transformers.

Earlier, the officers and CEO briefed the meeting about the achievements and was given out that as many as 2158 development works stands approved which include 155 ongoing works, 213 new works, 336 under DDC, 159 under BDC and 1295 works under PRIs area development fund.

The meeting was informed that a total of 1633 works have been targeted to be completed during the current financial year.

It was also given out that Administrative Approval (AA) has been accorded to 1891 works, while 1517 works have been tendered and 970 works allotted.

Earlier, the DDC Members and BDC chairpersons projected issues of their respective areas and the officers gave their responses.( KINS)

Bird flu virus is heat-labile, gets killed at ‘cooking temperature’